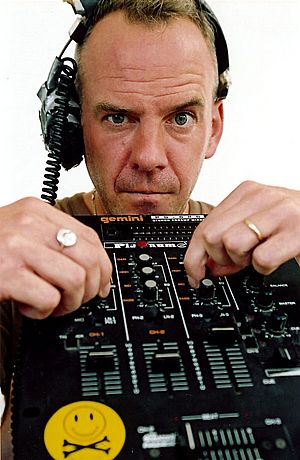 Cook was born in Bromley, Kent. He was raised in Reigate, Surrey. He married Zoe Ball in 1999. The couple have a son and daughter. They separated in 2016.

All content from Kiddle encyclopedia articles (including the article images and facts) can be freely used under Attribution-ShareAlike license, unless stated otherwise. Cite this article:
Norman Cook Facts for Kids. Kiddle Encyclopedia.