Fernandina Beach is a city in and the county seat of Nassau County, Florida, United States. It is the northernmost city on Florida's Atlantic coast, situated on Amelia Island, and is one of the principal municipalities comprising Greater Jacksonville. The area was first inhabited by the Timucuan Indian people. Known as the "Isle of 8 Flags", Amelia Island has had the flags of the following nations flown over it: France, Spain, Great Britain, Spain (again), the Republic of East Florida (1812), the Republic of the Floridas (1817), Mexico, the Confederate States of America, and the United States.

The French, English, and Spanish all maintained a presence on Amelia Island at various times during the 16th, 17th, and 18th centuries, but the Spanish established Fernandina. The town of Fernandina, which was about a mile from the present city, was named in honor of King Ferdinand VII of Spain by the governor of the Spanish province of East Florida, Enrique White. Fernandina has the distinction of being the last Spanish city platted in the Western Hemisphere, in 1811.

According to the 2010 census, the city population was 11,487. It is the seat of Nassau County. It is also the largest incorporated city in the county since Yulee is an unincorporated town.

Prior to the arrival of Europeans on what is now Amelia Island, the site of the original town of Fernandina was occupied by Native Americans. Native American bands associated with the Timucuan mound-building culture had settled on the island about 1000 A.D., calling it Napoyca. They remained on the island until the early 18th century, when European settlement began there. In 1736, James Oglethorpe, the governor of Georgia, ordered Fort Amelia to be built at the mouth of the St. Marys River to house a garrison of Scottish Highlanders. The American naturalist William Bartram visited Amelia Island in 1774, noting the presence of several very large tumuli, or earthwork mounds, which the colonists called "Ogeechee mounts". France, England, and Spain all had maintained a presence on the island intermittently during the 16th through 18th centuries, but the first permanent European settlement was not made until Spain took over Florida from Britain at the end of the American Revolution. During later colonial times the site had gained military importance because of its deep harbor and its strategic location near the northern boundary of Spanish Florida. On January 1, 1811, Enrique White, governor of Spain's East Florida province, named the town of Fernandina, about a mile from the present city, in honor of King Ferdinand VII. On May 10 of that year, Fernandina became the last town platted under the Laws of the Indies in the Western hemisphere. The town was intended as a bulwark against U.S. territorial expansion. In the following years, it was captured and recaptured by a succession of renegades and privateers. The proclamation of the Adams-Onis Treaty on February 22, 1821, two years after its signing in 1819, officially transferred Spain's territories in Florida, including Amelia Island, to the United States. 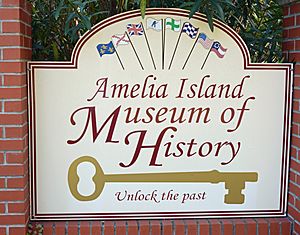 In 1573, Spanish Franciscans established the Santa Maria mission on the island, which was named Isla de Santa Maria. The mission was abandoned in 1680 after the inhabitants refused a Spanish order to relocate. British raids forced the relocation of the Santa Catalina de Guale mission on Georgia's St. Catherines Island, to the abandoned Santa Maria mission on the island in 1685. In 1702, this mission was again abandoned when South Carolina's colonial governor, James Moore, led a joint British-Indian invasion of Florida.

Georgia's founder and colonial governor, James Oglethorpe, renamed the island "Amelia Island" in honor of Princess Amelia (1711–1786), King George II's daughter, although the island was still a Spanish possession. After establishing a small settlement on the northwestern edge of the island, Oglethorpe negotiated with Spanish colonial officials for a transfer of the island to British sovereignty. Colonial officials agreed to the transfer, but the King of Spain rescinded the agreement.

The Treaty of Paris in 1763 ratified Britain's victory over France in the Seven Years' War. Spain ceded Florida to Britain in exchange for Havana, nullifying all Spanish land grants in Florida. The Proclamation of 1763 established the St. Marys River as East Florida's northeastern boundary.

Although not officially allied with the Americans during the Revolutionary War, Spain cooperated with them as co-belligerents against the British in some actions. In 1783, the Second Treaty of Paris ended hostilities, and under its terms Great Britain ceded East and West Florida to Spain, and all British inhabitants of the Floridas, including those on Amelia Island, had to leave within 18 months unless they swore allegiance to Spain and professed Catholicism. In 1811, surveyor George J. F. Clarke platted the town of Fernandina, named in honor of Spain's King Ferdinand VII. 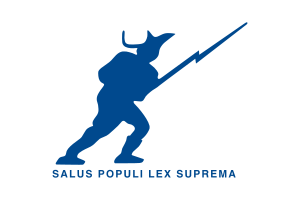 At the beginning of the Patriot War, with the approval of President James Madison and Georgia Governor George Mathews on 13 March 1812, insurgents known as the "Patriots of Amelia Island" seized the island. After raising a Patriot flag, they replaced it with the United States flag. American gunboats under the command of Commodore Hugh Campbell maintained control of the island. On May 15, 1812, the British brig Sappho fired on Gunboat no. 168, which had fired on the loyalist merchant vessel Fernando to prevent her leaving. Outgunned, the American gunboat withdrew, which enabled several vessels to escape from the port. President Madison eventually denounced the filibustering of George Mathews, however, on the grounds that Mathews had violated his instructions. Chapter 1] 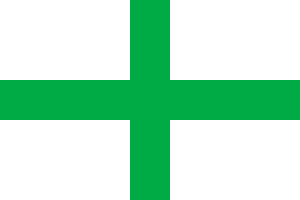 Led by Gregor MacGregor in 1817, a Scottish soldier and adventurer, 55 musketeers seized Fort San Carlos, claiming the island on behalf of "the brethren of Mexico, Buenos Ayres, New Grenada and Venezuela". MacGregor claimed to be Brigadier General of the armies of the United Provinces of New Grenada and Venezuela (where he had successfully fought and led troops), and General-in-Chief of the armies for the two Floridas, commissioned by the Supreme Director of Mexico. 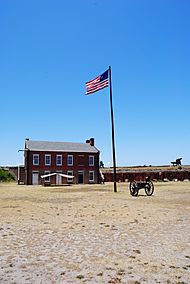 Spanish soldiers forced MacGregor's withdrawal, but their attempt to regain complete control was foiled by American irregulars organized by Ruggles Hubbard and former Pennsylvania congressman Jared Irwin. Hubbard and Irwin later joined forces with the French-born pirate Louis Aury, who laid claim to the island on behalf of the Republic of Mexico. U.S. Navy forces drove Aury from the island, and President James Monroe vowed to hold Amelia Island "in trust for Spain."

On January 8, 1861, two days before Florida's secession, Confederate sympathizers (the Third Regiment of Florida Volunteers) took control of Fort Clinch, already abandoned by the Federal workers who had been enlarging the structure. General Robert E. Lee visited Fort Clinch in November 1861 and again in January 1862, during a survey of coastal fortifications. Since rifled cannons had made its brick defenses obsolete, he decided to withdraw the troops for better use elsewhere.

Union forces, consisting of 28 gunboats commanded by Commodore Samuel Dupont, occupied the island on March 3, 1862, and raised the American flag. In January 1863, the first all-black regiment of former slaves recruited to fight for the Union was read Lincoln's Emancipation Proclamation at Fernandina. Three weeks later they set sail up the St. Marys River to engage the Confederate forces. The Union used the fort as a base for its operations in the area for the remainder of the war.

According to the United States Census Bureau, the city has a total area of 15.7 square miles (41 km2), all land. It is the northernmost city on the eastern coast of Florida.

As of 2016 the largest self-reported ancestries/ethnicities in Fernandina Beach, Florida were:

The New Adventures of Pippi Longstocking is a 1988 American fantasy-adventure-musical film that was filmed in Fernandina Beach and at soundstages in Jacksonville. The house that stood in for Villa Villekulla, Pippi’s home, is known locally as Captain Bell's House and is located on Estrada Street in the Old Town area directly across from the Fernandina Plaza (parade ground for the Spanish fort) and overlooking the Amelia River.

The Isle of Eight Flags Shrimp Festival occurs annually over the first weekend in May. Events and activities of the festival include vendors with seafood, arts, crafts, collectibles and antiques, live music, the Miss Shrimp Festival pageant, a fireworks display and a parade. 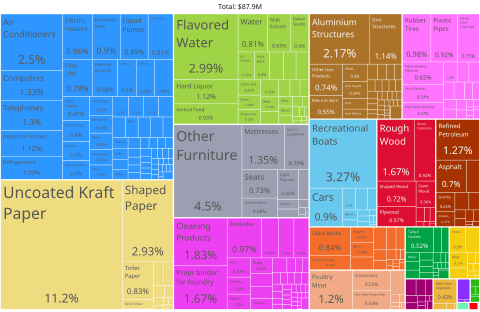 In 2020, the total value of products produced in Fernandina Beach, Florida was $87.9 million. 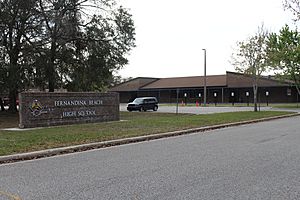 The public schools of Fernandina Beach are part of the Nassau County School District. They include:

Note: Atlantic Elementary (2nd and 3rd grades) was closed at the end of the 2008 school year. After the closing, 2nd grade was moved to Southside and 3rd grade to Emma Love. Also, the private Catholic school, St. Michael's Academy, is in downtown Fernandina Beach. All three Fernandina Beach public schools are "A" rated by the State of Florida. The nickname of Fernandina Beach High School's athletic teams is the "Pirates". Amelia Island Montessori School is near American Beach and is accredited by the Florida Council of Independent Schools and is an associate member school with the American Montessori Society.

All content from Kiddle encyclopedia articles (including the article images and facts) can be freely used under Attribution-ShareAlike license, unless stated otherwise. Cite this article:
Fernandina Beach, Florida Facts for Kids. Kiddle Encyclopedia.