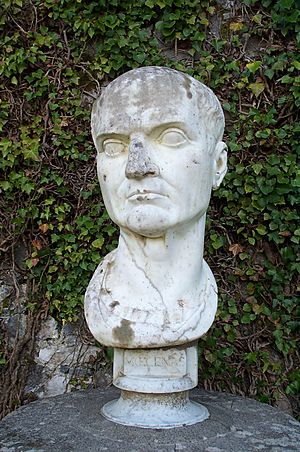 Gāius Cilnius Maecēnās (English c. 70 BC–8 BC) was a friend and political advisor to Octavian, who later reigned as Augustus. He was also an important patron for the new generation of Augustan poets, including both Horace and Virgil. During the reign of Augustus, Maecenas served as a quasi-culture minister to the Emperor but in spite of his wealth and power he chose not to enter the Senate, remaining of equestrian rank.

All content from Kiddle encyclopedia articles (including the article images and facts) can be freely used under Attribution-ShareAlike license, unless stated otherwise. Cite this article:
Gaius Maecenas Facts for Kids. Kiddle Encyclopedia.