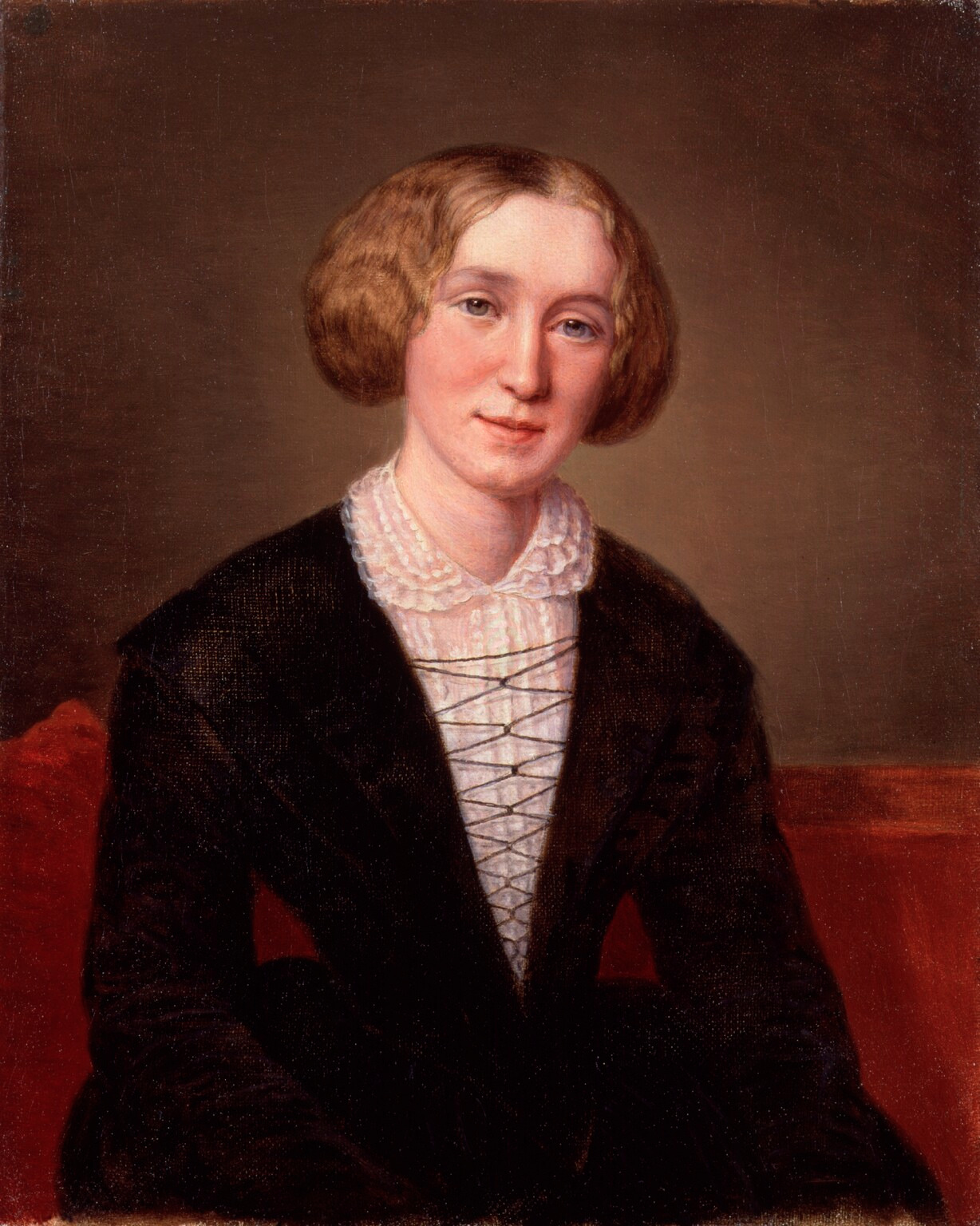 Mary Ann (Marian) Evans (22 November 1819 – 22 December 1880), better known by her pen name George Eliot, was an English novelist. She was one of the leading writers of the Victorian era. Middlemarch is perhaps her most famous book.

She was born in Nuneaton, the youngest child of Robert and Christiana Evans. Mary Ann attended Miss Latham's boarding school and then Mrs Wallington's Boarding School in Nuneaton in 1828.

In 1850, Evans travelled the first time to the continent of Europe. There, she translated the book Essence of Christianity into English. This was the only book she published under her real name and not under her pseudonym George Eliot. 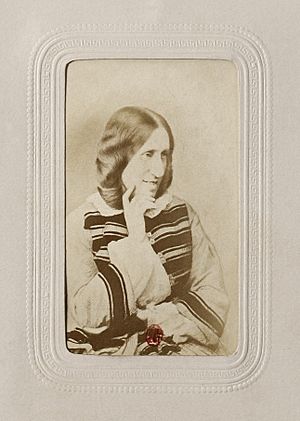 All content from Kiddle encyclopedia articles (including the article images and facts) can be freely used under Attribution-ShareAlike license, unless stated otherwise. Cite this article:
George Eliot Facts for Kids. Kiddle Encyclopedia.