Haddon Heights was incorporated as a borough by an act of the New Jersey Legislature on March 2, 1904, from portions of the now-defunct Centre Township and parts of Haddon Township. Haddon Heights is a dry town where alcohol cannot be sold. The borough was named for Elizabeth Haddon, an early settler of the area. 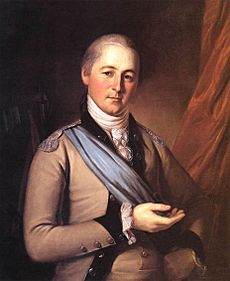 The land that was to become Haddon Heights was settled in 1699 by John Hinchman. In 1713, John Siddon built a farmhouse near Hinchman's property. John Thorn Glover dammed King's Run and constructed a mill race and fulling mill on this property before 1776. Jacob Hinchman built a frame dwelling no later than 1720 that was later enlarged by American Revolutionary War hero Col. Joseph Ellis. New Jersey governor Joseph Bloomfield later purchased this property.

In 1890, Benjamin A. Lippincott constructed a passenger station in the center of his land for the Atlantic City Railroad. Then Lippincott, with Charles Hillman, filed a grid street plan with Camden County to develop a community. They named it Haddon Heights because of its proximity to Haddonfield and its high elevation. Large houses were constructed that appealed to prosperous middle-class families moving from the cities. In 1904, Haddon Heights was incorporated as a borough and Lippincott was elected mayor. A small downtown grew near the railroad and the White Horse Pike and eight churches and a synagogue were built. An area of old Centre Township, known as Fairfield Estates, voted in 1926 to become part of Haddon Heights. This land was developed for more single-family housing through the 1940s and 1950s. Even though rail passenger service ceased in July 1965, Haddon Heights remains a typical turn-of-the-twentieth-century railroad suburb with tree-shaded streets and comfortable homes.

There were 2,997 households out of which 29.4% had children under the age of 18 living with them, 55.6% were married couples living together, 8.8% had a female householder with no husband present, and 32.5% were non-families. 28.4% of all households were made up of individuals, and 13.0% had someone living alone who was 65 years of age or older. The average household size was 2.49 and the average family size was 3.10.

NJ Transit local bus service between the borough and Philadelphia is provided on the 400 and 403 routes, with local service available on the 455 and 457 routes.

Commuter train service to Philadelphia is available using the PATCO Speedline. The closest stops are Westmont and Haddonfield.

St. Rose of Lima School, founded in 1921, is a K-8 elementary school that operates under the auspices of the Roman Catholic Diocese of Camden.

Baptist Regional School is a private, co-educational K-12 college-preparatory school governed by a board of directors in association with Haddon Heights Baptist Church (GARBC). The school offers an integrated curriculum with a conservative Christian worldview.

People who were born in, residents of, or otherwise closely associated with Haddon Heights include:

All content from Kiddle encyclopedia articles (including the article images and facts) can be freely used under Attribution-ShareAlike license, unless stated otherwise. Cite this article:
Haddon Heights, New Jersey Facts for Kids. Kiddle Encyclopedia.