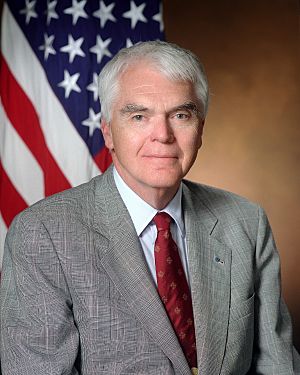 Hans Michael Mark (born June 17, 1929 in Mannheim, Germany) is a German-born American physicist and politician. He is the former Secretary of the Air Force and a former Deputy Administrator of NASA.

Because he was partly of Jewish descent his father Herman Francis Mark fled with the family into the United States.

All content from Kiddle encyclopedia articles (including the article images and facts) can be freely used under Attribution-ShareAlike license, unless stated otherwise. Cite this article:
Hans Mark Facts for Kids. Kiddle Encyclopedia.