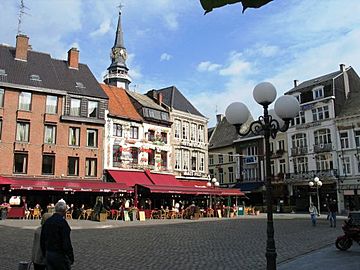 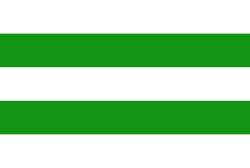 Hasselt is a city in Belgium. It is the capital of the Belgian province Limburg. It lies about half way between Aachen and Leuven. The city has city privileges since the mid 13th century, the year 1232 to be exact. Today, about 70.000 people live there. Most of them are native Dutch speakers.

Well-known people from Hasselt include Heinrich von Veldeke, probably one of the first writers who did no longer write in Latin, but rather used the German of the time, in the 12th century, Willy Claes, who was NATO secretary in 1994 and 1995, and Axelle Red a contemporary singer-songwriter.

All content from Kiddle encyclopedia articles (including the article images and facts) can be freely used under Attribution-ShareAlike license, unless stated otherwise. Cite this article:
Hasselt Facts for Kids. Kiddle Encyclopedia.