History of local government in Wales facts for kids

The history of local government Wales in a recognisably modern form emerged during the late 19th century.

From 1889 to 1974, counties made up of administrative counties and county boroughs were used for local government purposes. The counties were created by the Local Government Act 1888 (51 & 52 Vict, c. 41) based on the historic counties of Wales, but they were not entirely identical. 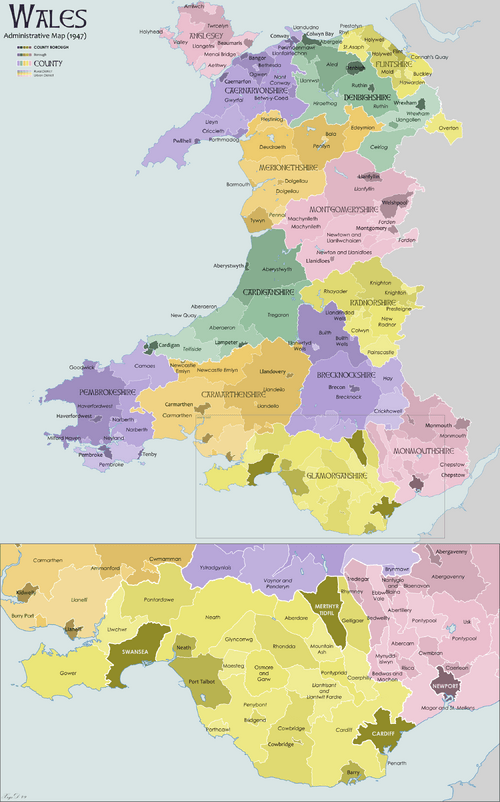 The table shows the area and population of administrative counties in Wales as recorded at the censuses of 1891 and 1961.

There were also a number of administratively independent county boroughs: 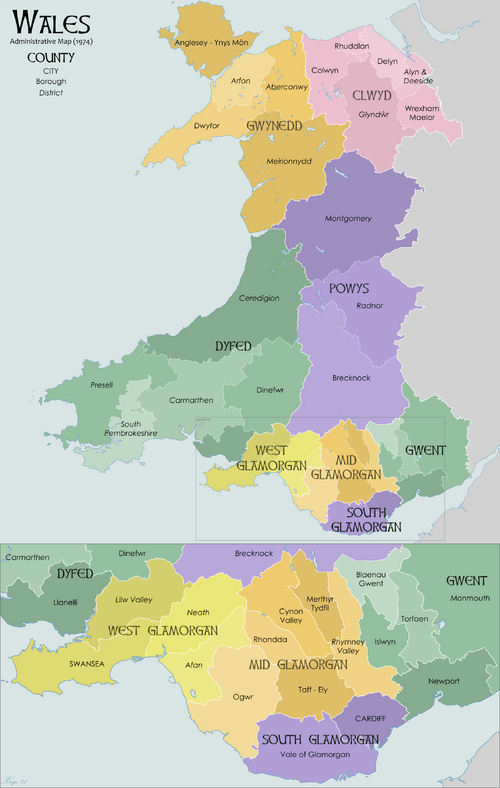 In 1974, the existing administrative counties and county boroughs were abolished and replaced by eight new two-tier authorities, instead called 'counties' by the Local Government Act 1972 (1972 c. 70). These counties were sub-divided into lower-tier districts.

The counties were all given names in Welsh only, apart from the three in Glamorgan, which had English names as well as Welsh. The creation of these new administrative areas effectively separated the administrative function from the traditional counties, although in reality this had occurred in 1889.

When these two-tier counties were abolished in 1996, their names and areas were retained with slight modifications for some purposes such as Lieutenancy, and became known as the preserved counties of Wales. These were further amended in 2003 by S.I. 2003/974 to ensure that each unitary area is wholly within one preserved county.

The counties were sub-divided into districts, these were:

The redistribution of these districts into the current unitary authorities is as follows:

All content from Kiddle encyclopedia articles (including the article images and facts) can be freely used under Attribution-ShareAlike license, unless stated otherwise. Cite this article:
History of local government in Wales Facts for Kids. Kiddle Encyclopedia.