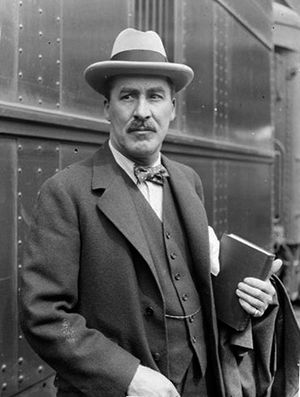 Howard's mother was Martha Carter and his father was Samuel Carter.

The discovery of Tutankhamun's tomb was an accident. Howard Carter's waterboy stumbled across some steps leading under the desert surface. Lady Carnarvon, a sponsor of Carter's work, was running low on patience at this point, and so if the discovery had not been made, then it is likely it would not have been discovered at all.

All content from Kiddle encyclopedia articles (including the article images and facts) can be freely used under Attribution-ShareAlike license, unless stated otherwise. Cite this article:
Howard Carter Facts for Kids. Kiddle Encyclopedia.