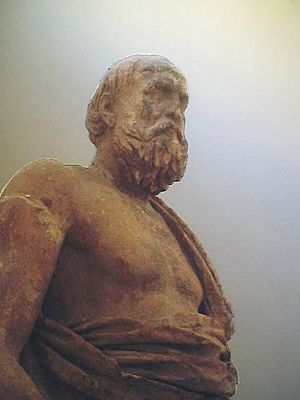 The humanities include languages, literature, music, philosophy, politics, history, media, the classics, religion, and the visual and performing arts. Additional subjects sometimes included in the humanities are anthropology, area studies, communications and cultural studies, although these are often regarded as social sciences. It was popular in the Renaissance ages.

The humanities study the human condition and mostly use methods that are analytic, critical, or speculative and not as empirical as natural and social sciences.

All content from Kiddle encyclopedia articles (including the article images and facts) can be freely used under Attribution-ShareAlike license, unless stated otherwise. Cite this article:
Humanities Facts for Kids. Kiddle Encyclopedia.