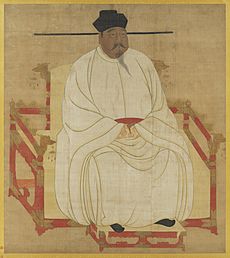 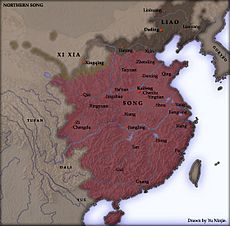 The Song Dynasty ruled in China from 960–1279 AD. It started the reunification of China for the first time since the fall of the Tang Dynasty in 907. The years in between, known as the Period of Five Dynasties and Ten Kingdoms, were a time of division between north and south, and of rapidly changing administrations. In 960, a general of the Later Zhou dynasty named Zhao Kuangyin (the later Emperor Taizu of Song) overthrew the emperor through a mutiny and established the Song dynasty. Although it unified China, its army was weak and lost the wars against the Liao dynasty and Western Xia. Soon after the death of Emperor Taizu, the empire faced many economic and military problems.