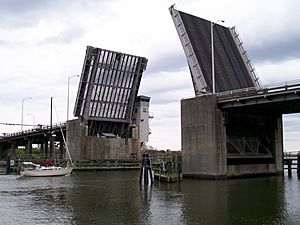 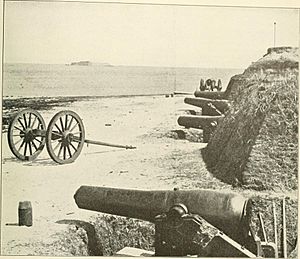 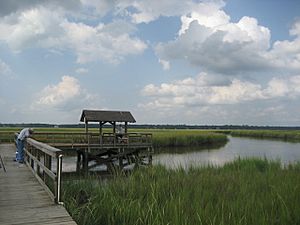 James Island is one of South Carolina's most urban Sea Islands; nearly half of the island sits within Charleston city limits. The island is separated from peninsular downtown Charleston by the Ashley River, from the mainland by Wappoo Creek and the Wappoo Cut, and from Johns Island by the Stono River. It lies inshore of Morris Island and Folly Beach.

Fort Sumter, located on an island just off the eastern tip of James Island, is the site of the first battle of the Civil War. Bombardment of Fort Sumter was started from Fort Johnson which is located on the eastern portion of James Island. Several significant military engagements took place on island, including the battles of Secessionville (1862), Grimball's Landing (1863) and Grimball's Causeway (1865). All of these battles were alternately known as the "Battle of James Island".

On Nov. 14, 1782, Tadeusz Kościuszko, Colonel of the Continental Army, led the last known armed action of the Revolutionary War against the British and nearly was killed. Later, The Continental Congress named Kosciuszko Brigadier General for his service in both the North, including his assistance to General Gates at the Battle of Saratoga, and brilliant efforts assisting General Greene in saving the South Region Army from Cornwallis' forces.

As of the 2000 census[update], the United States Census Bureau reported that 33,781 people lived on the island. About one-half of the island lies within the city limits of Charleston, and the remainder of the island is made up of the Town of James Island and unincorporated areas.

A fourth attempt at incorporation was successful, upheld by the courts and uncontested by the city of Charleston. There is now a legally formed Town of James Island.

All content from Kiddle encyclopedia articles (including the article images and facts) can be freely used under Attribution-ShareAlike license, unless stated otherwise. Cite this article:
James Island (South Carolina) Facts for Kids. Kiddle Encyclopedia.