Jane Wyman (born Sarah Jane Mayfield; January 5, 1917 – September 10, 2007) was an American actress, singer, dancer and philanthropist whose career spanned seven decades. She was also the first wife of actor Ronald Reagan, the 40th President of the United States. They married in 1940 and divorced in 1949.

Wyman's professional career began at age 16 in 1932 when she signed with Warner Bros. Wyman followed common practice at the time when she added three years to her age. A popular contract player, she frequently played the leading lady. She received an Academy Award for Best Actress for her performance in Johnny Belinda (1948), and was a three-time winner of a Golden Globe. She achieved continuing success in the television soap opera Falcon Crest (1981–1990), in which Wyman played the lead role of villainous Angela Channing.

Wyman died at the age of 90 at her Rancho Mirage home on September 10, 2007. She was interred at Forest Lawn Mortuary and Memorial Park in Cathedral City, California. 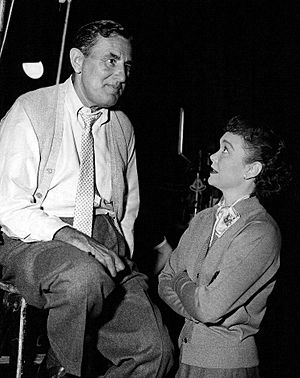 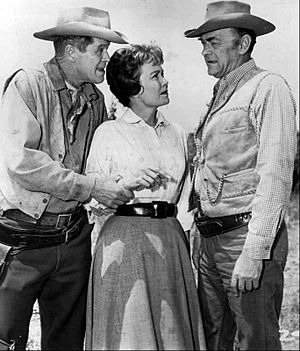 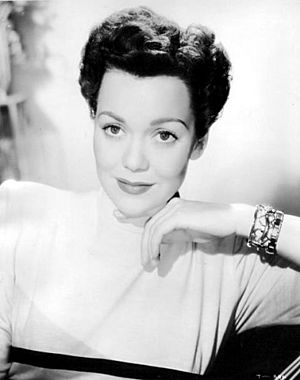 All content from Kiddle encyclopedia articles (including the article images and facts) can be freely used under Attribution-ShareAlike license, unless stated otherwise. Cite this article:
Jane Wyman Facts for Kids. Kiddle Encyclopedia.