Jenolan Caves are limestone caves in the Blue Mountains, New South Wales, Australia, 175 kilometres west of Sydney. They are the most visited of several similar groups in the limestone of the country, and the oldest discovered open caves in the world. Since 2008, Jenolan Caves has won many tourism awards, including 'Best Tourist Attraction' from Tourism Australia, in 2011.

They have many Silurian marine fossils. The calcite formations are sometimes pure white and are know for being very beautiful. The cave network is very large, with over 40 km of multi-level passages, and the complex is still undergoing active exploration. Several kilometres of the caves have been rendered accessible to paying visitors and are well lit. 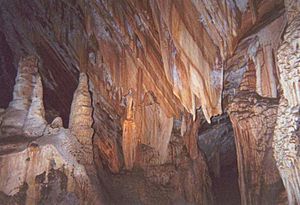 In the cave called the "cathedral"

By measuring the ratio of radioactive potassium and trapped argon gas, which was produced when the potassium decayed, scientists determined the age of the clay in the caves to be approximately 340 million years old, thereby making the cave complex the world's oldest known and dated open cave system. The Commonwealth Scientific and Industrial Research Organisation (CSIRO) in association with the University of Sydney and the Australian Museum lead the efforts in scientific research into the caves. 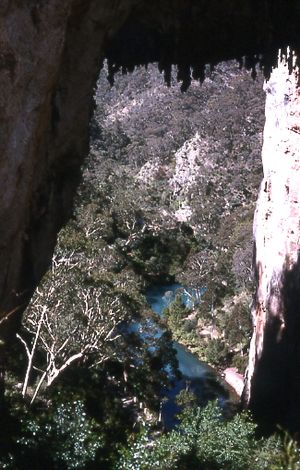 The word Jenolan is believed to be an indigenous word for "high place"; derived from the Tharawal word, Genowlan, for a "high place shaped like a foot". For tens of thousands of years, the Jenolan area has been part of the culture of local indigenous peoples.

This beautiful and mysterious place hold special significance to the Gundungurra people, who knew it as 'Binomil' or 'Bin-oo-mur'. Gundungurra people's knowledge of the caves goes back a long way, as there is a Dreamtime creation story about how the whole countryside came into being. The story describes an almighty struggle between two ancestral creator spirits - one a giant eel-like creature, Gurangatch, and the other, Mirrigan, a large native cat or quoll. In the early years of the 20th century, the Gundungurra people penetrated the caves as far as the subterranean water, carrying sick people to be bathed in this water, which they believed to have great curative powers. 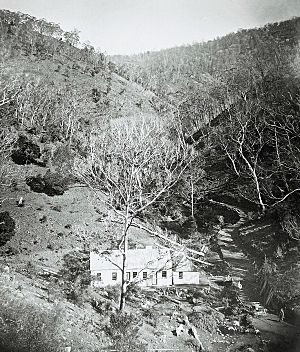 There are no known contemporaneous accounts of the discovery of the caves by Europeans – though Charles Whalan is attributed as the first to conduct visitors to the caves in the 1840s. However, in Charles Whalan's obituary and other sources, credit for the caves' discovery is given to his brother, James Whalan.

Though most accounts were written some decades after the initial discovery, and differ somewhat in the details, it is generally accepted that in 1838 (or possibly 1841), James Whalan was in pursuit of an ex-convict and active local thief named McKeown, who had stolen livestock, tools, clothing and a flour grinder, was tracked to the area. In this pursuit, James Whalan discovered the cave system and reported its existence to his brother Charles – who further explored the caves. 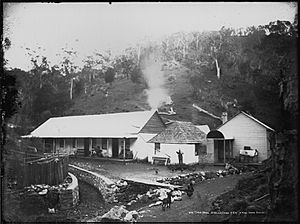 The caves, originally known as the Fish River Caves, came under the control of the NSW Government in 1866 – becoming only the second area in the world reserved for the purpose of conservation. The following year, Jeremiah Wilson was appointed as the first "Keeper of the Caves". Wilson not only explored the already known Elder and Lucas Caves but later discovered the Imperial, Left Imperial (now known as Chifley), Jersey and Jubilee Caves.

The caves were open to tourism early, but there was little protection from visitors damaging formations until the collection of souvenirs and the writing of graffiti was banned in 1872. In 1884 the name Jenolan Caves was adopted. 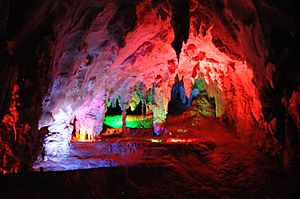 The Jenolan Caves are located three hours drive from Sydney and Canberra. Private coach companies operate day tours from Sydney and from Katoomba railway station. There is no public transport to Jenolan Caves. The caves attract over 250,000 visitors a year, making it one of the most popular tourist locations in rural New South Wales, and has won numerous tourism awards.

Historically the caves were only accessible via the Six Foot Track, a 45km long bridle trail from Katoomba established in 1884. This trail became in disused in the early 1900s after new roads were built in the area, but was reopened as a bushwalking track in 1984. It is now one of the most popular overnight bushwalks in the Blue Mountains area .

Ten of the area's "dark caves" are open for regular guided tours every day (1 to 2 hours per tour). These show cave tour sizes vary. For example, the delicate Pool of Cerberus Cave can have only 8 on a tour, while the Lucas Cave (with its large chambers) can have up to 65 people per tour.

Tours vary in difficulty. Imperial Cave, for example, has the fewest stairs, while the River Cave is the most strenuous. The average tourist can tour any of these show caves. 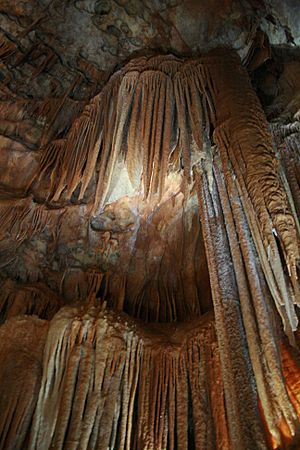 Limestone formations in the Orient Cave

The Cathedral Chamber, part of the "Lucas Cave" is famous for its acoustics. Underground concerts take place in this chamber. Concerts also take place in the Grand Arch, including the annual 'Carols in the Caves', which raises money for charity.

During school holidays, specially developed tours are available for children. Jenolan Caves has long been a popular destination for school excursions.

Where to Eat and Stay 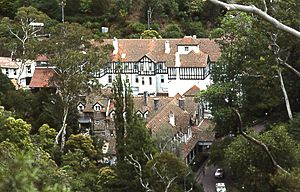 When visiting Jenolan Caves, tourists can stay at the heritage-listed Jenolan Caves House hotel, designed in 1897 by government architect, Walter Liberty Vernon, as a resort or retreat for the wealthy. To cater for the expectations of the well-to-do, Vernon included a ballroom and grand dining room (now Chisolm's Restaurant). Chisolm's is open for dinner every day, serving modern Australian cuisine. Facilities include an hotel/motel complex, self-contained cottages, restaurant, bar and cafe.

The huge Jenolan Reserve is a National Park, located in the World Heritage Blue Mountains Area, where signposted bush trails enable tourists to glimpse Australian birds and native wildlife, including kangaroos and platypus.

All content from Kiddle encyclopedia articles (including the article images and facts) can be freely used under Attribution-ShareAlike license, unless stated otherwise. Cite this article:
Jenolan Caves Facts for Kids. Kiddle Encyclopedia.