Sherrill David Robinson (January 1, 1922 – December 7, 2011), known as Jerry Robinson, was an American comic book artist known for his work on DC Comics' Batman line of comics during the 1940s. He is best known as the co-creator of Robin and the Joker and for his work on behalf of creators' rights.

He was inducted into the Comic Book Hall of Fame in 2004.

Jerry Robinson was born in Trenton, New Jersey. He was of Russian-Jewish descent. He attended Columbia University, but did not graduate. 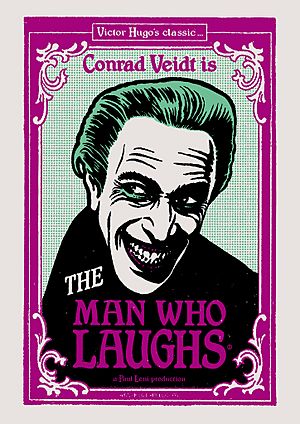 Jerry Robinson, Bill Finger and Bob Kane came up with The Joker concept, Batman's arch enemy, the face was inspired by Conrad Veidt's character in the silent movie The Man Who Laughs

Robinson was a 17-year-old journalism student at Columbia University in 1939 when he was discovered by Batman creator Bob Kane, who hired him to work on that fledgling comic as an inker and letterer. Within a year, he became one of Batman's primary inkers.

Approximately a year and a half after Robinson, Roussos, and Finger were hired by Kane. It was discussed adding a sidekick. Robinson suggested the name "Robin" after Robin Hood books he had read during boyhood, saying (in a 2005 interview) that he was inspired by one book's N.C. Wyeth illustrations. The new character, orphaned circus performer Dick Grayson, came to live with Bruce Wayne (Batman) as his young ward in Detective Comics #38 (April 1940). Robin would inspire many similar sidekicks throughout the remainder of the Golden Age of Comic Books.

Batman's nemesis, the Joker, was introduced around the same time, in Batman #1 (Spring 1940), most comic historians credit Robinson for the iconic villain, modeled after Conrad Veidt in the 1928 movie, The Man Who Laughs. Robinson was also a key force in the creation of Bruce Wayne’s butler, Alfred Pennyworth, and the villain Two-Face.

Robinson died in his sleep at age 89 on the afternoon of December 7, 2011 in Staten Island. His survivors have been his wife and two children.

All content from Kiddle encyclopedia articles (including the article images and facts) can be freely used under Attribution-ShareAlike license, unless stated otherwise. Cite this article:
Jerry Robinson Facts for Kids. Kiddle Encyclopedia.