Born in Fort Worth, Texas, Wright won election to the Texas House of Representatives after serving in the United States Army Air Forces during World War II. He won election to Congress in 1954, representing a district that included his home town of Fort Worth. Wright distinguished himself from many of his fellow Southern Congressmen in his refusal to sign the Southern Manifesto and he voted for the Civil Rights Act of 1957, though he later voted against the Civil Rights Act of 1964. He also became a senior member of the House Public Works Committee.

In 1976, Wright narrowly won election to the position of House Majority Leader. He became Speaker of the House after Tip O'Neill retired in 1987. Wright resigned from Congress in June 1989 amid a House Ethics Committee investigation into compensation that he and his wife had received. After leaving Congress, Wright became a professor at Texas Christian University. 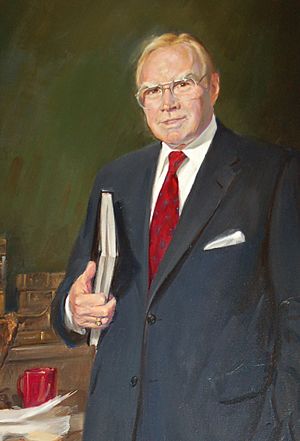 Wright died at the age of 92 on May 6, 2015. He was survived by his wife Betty and four children. He had previously undergone surgery twice to treat cancer, though it is not clear if his death was cancer-related.

House Minority Leader Nancy Pelosi, D-CA, the last Democrat to serve as House Speaker, stated, "Speaker Wright was a person of deep courage, brilliant eloquence, and complete mastery of the legislative process. Speaker Wright's strong, decisive leadership built an indelible legacy of progress, not only in his beloved state of Texas, but around the world. Wright championed prosperity for every working family, and helped lead the way to peace to Central America."

The incumbent Speaker of the House, John Boehner, R-OH, stated that, "Speaker Wright understood as well as anyone this institution's closeness to the people, calling the House 'the raw essence of the nation'." President Barack Obama stated, "As a representative from Texas and Speaker of the House, Jim was passionate about investing in infrastructure, and he worked tirelessly to promote peace in Central America. Today, our thoughts and prayers are with Jim's family and friends, and the people he represented in Congress for so many years."

All content from Kiddle encyclopedia articles (including the article images and facts) can be freely used under Attribution-ShareAlike license, unless stated otherwise. Cite this article:
Jim Wright Facts for Kids. Kiddle Encyclopedia.