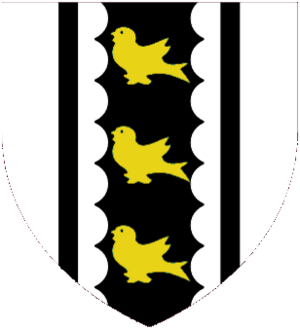 John Wilkins, FRS (14 February 1614–19 November 1672) was an Anglican clergyman, natural philosopher and author, and was one of the founders of the Royal Society. He was Bishop of Chester from 1668 until his death.

Wilkins is one of the few persons to have headed a college at both the University of Oxford and the University of Cambridge. He was a polymath, although not one of the most important scientific innovators of the period. His personal qualities were brought out, and obvious to his contemporaries, in reducing political tension in Interregnum Oxford, in founding the Royal Society on non-partisan lines, and in efforts to reach out to religious nonconformists. He was one of the founders of the new natural theology compatible with the science of the time. He is particularly known for An Essay towards a Real Character and a Philosophical Language (1668) in which, amongst other things, he proposed a universal language and an integrated system of measurement, similar to the metric system.

Wilkins lived in a period of great political and religious controversy, yet managed to remain on working terms with men of all political stripes; he was key in setting the Church of England on the path toward comprehension for as many sects as possible, "and toleration for the rest". Gilbert Burnet called him "the wisest clergyman I ever knew. He was a lover of mankind, and had a delight in doing good."

His stepdaughter married John Tillotson, who became Archbishop of Canterbury.

All content from Kiddle encyclopedia articles (including the article images and facts) can be freely used under Attribution-ShareAlike license, unless stated otherwise. Cite this article:
John Wilkins Facts for Kids. Kiddle Encyclopedia.