June Lockhart (born June 25, 1925) is an American actress, primarily in 1950s and 1960s television, also with performances on stage and in film. On two television series she played mother roles, Lassie and Lost in Space. She also portrayed Dr. Janet Craig on the CBS television sitcom Petticoat Junction (1968–70). She is a two-time Emmy Award nominee and a Tony Award winner.

Born in New York, Lockhart is the daughter of Canadian-born actor Gene Lockhart, who came to prominence on Broadway in 1933 in Ah, Wilderness!, and English-born actress Kathleen Arthur Lockhart. Her grandfather was John Coates Lockhart, "a concert-singer."

She attended the Westlake School for Girls in Beverly Hills, California. 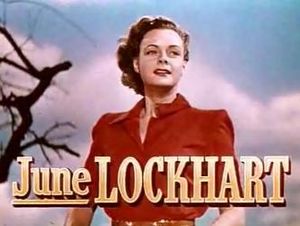 Lockhart made her film debut opposite her parents in a film version of A Christmas Carol, in 1938. She also played supporting parts in films including Meet Me in St. Louis, Sergeant York, All This, and Heaven Too and The Yearling. She starred in She-Wolf of London (1946).

Lockhart debuted on stage at the age of eight, playing Mimsey in Peter Ibbetson, presented by the Metropolitan Opera. In 1947, her acting in For Love or Money brought her out of her parents' shadow and gained her notice as "a promising movie actress in her own right." One newspaper article began, "June Lockhart has burst on Broadway with the suddenness of an un-predicted comet." 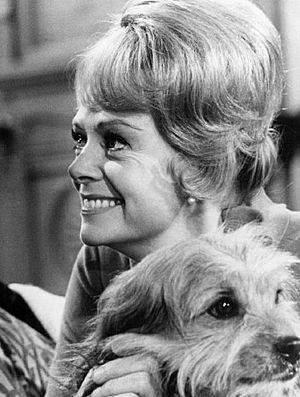 In 1955, Lockhart appeared in an episode of CBS's Appointment with Adventure. About this time, she also made several appearances on NBC's legal drama Justice, based on case files of the Legal Aid Society of New York. In the late 1950s, Lockhart guest-starred in several popular television Westerns including: Wagon Train and Cimarron City and Gunsmoke, Have Gun – Will Travel, and Rawhide on CBS.

In 1958, she was the narrator for Playhouse 90 's telecast of the George Balanchine version of Tchaikovsky's The Nutcracker, featuring Balanchine himself as Drosselmeyer, along with the New York City Ballet.

Lockhart is best known for her roles as TV mothers, first as Ruth Martin, and the mother of Timmy Martin (played by Jon Provost) in the 1950s CBS series, Lassie, a role that she played from 1958 to 1964. Following her five-year run on Lassie Lockhart made a guest appearance on Perry Mason as defendant Mona Stanton Harvey in "The Case of the Scandalous Sculptor." Lockhart then starred as Dr. Maureen Robinson in Lost in Space, which ran from 1965 to 1968 on CBS, opposite veteran actors Guy Williams and Jonathan Harris. 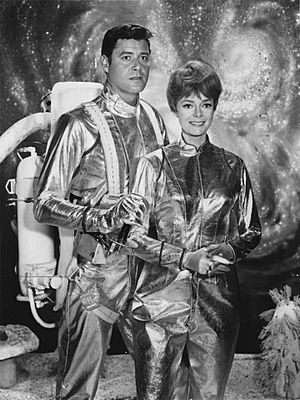 Lockhart then appeared as Dr. Janet Craig on the final two seasons of the CBS sitcom Petticoat Junction (1968–1970); she was a regular in the ABC soap opera General Hospital during the 1980s and 1990s, and was also a voice actor, providing the voice of Martha Day, the lead character in the Hanna-Barbera animated series These Are the Days on ABC during the 1970s. 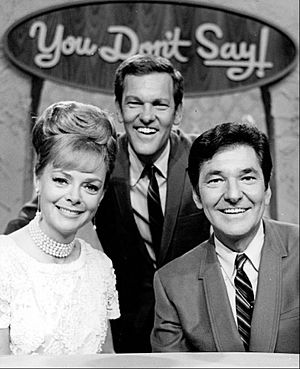 In 1986, she appeared in the fantasy film, Troll. The younger version of her character in that film was played by her daughter, Anne Lockhart. In 1991, Lockhart appeared as Miss Wiltrout, Michelle Tanner's kindergarten teacher on the TV sitcom Full House. She also had a cameo in the 1998 film Lost in Space, based on the television series she had starred in thirty years earlier. In 2002, she appeared in two episodes of The Drew Carey Show as Lewis's mother, Misty Kiniski, alongside fellow TV mom Marion Ross, who played Drew's mother.

Lockhart has since guest-starred in episodes of Cold Case and Grey's Anatomy, in the 2007 ABC Family television film Holiday in Handcuffs, and in the 2007 feature film Wesley. In February 2013, Lockhart began filming for Tesla Effect, a video game that combines live-action footage with 3D graphics, which was released in May 2014. 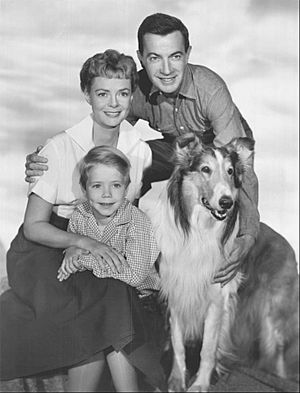 In 1948, Lockhart won a Tony Award for Outstanding Performance by a Newcomer (a category that no longer exists) for her role on Broadway in For Love or Money. She has two stars on the Hollywood Walk of Fame, one for motion pictures (6323 Hollywood Boulevard) and one for television (6362 Hollywood Boulevard). Both were dedicated on February 8, 1960. In 2013, the National Aeronautics and Space Administration (NASA) awarded her the Exceptional Public Achievement Medal for inspiring the public about space exploration.

In 1951, Lockhart married Dr. John F. Maloney. They had two daughters, Anne Kathleen Lockhart (born 1953) and June Elizabeth Maloney (born 1956). The couple divorced in 1959. She married architect John Lindsay that same year, but they divorced in October 1970 and she has not remarried since.

All content from Kiddle encyclopedia articles (including the article images and facts) can be freely used under Attribution-ShareAlike license, unless stated otherwise. Cite this article:
June Lockhart Facts for Kids. Kiddle Encyclopedia.