Kashiwa is a city located in northern Chiba Prefecture, Japan. As of February 2011, the city had an estimated population of 404,820 and a population density of 3520 persons per km². The total area was 114.90 km². The name Kashiwa is said to originate from "kashiba" wharf in old Japanese. . Kashiwa is home to a professional football team, Kashiwa Reysol. 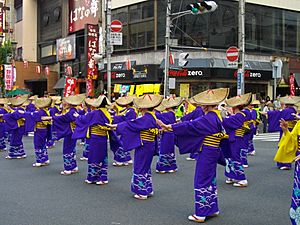 The area around Kashiwa was the site of the Battle of Sakainehara during the Sengoku period. During the Edo period, the area was tenryo controlled directly by the Tokugawa shogunate, and contained a number of horse ranches providing war horses for the Shogun’s armies. It also developed as a post station on the Mito Kaido connecting Edo with Mito. 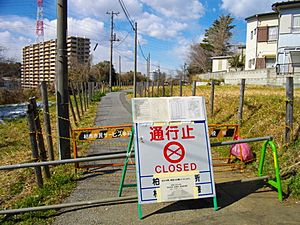 After the Meiji Restoration, Kashiwa Village was created in Chiba Prefecture on October 1, 1889, and connected to Tokyo by train in 1896. Kashiwa became a town on September 15, 1926. In the late 1930s, the Imperial Japanese Army established Kashiwa Air Field and Kashiwa Military Hospital. The air field was abandoned after the end of World War II, but the hospital continues to exist as the Kashiwa Public Hospital. 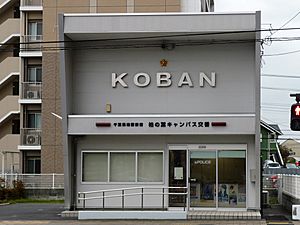 On December 25, 1955 a fire of unknown original destroyed the former Kashiwa City Hall, and burned down most of the center of the city. In the 1960s, Kashiwa was designated for reconstruction with a special fund from the central government, which included Japan’s first pedestrian decks, completed at Kashiwa Station in 1973. On April 1, 2008, Kashiwa was designated a core city. In August 2010, the city population exceeded 400,000 people.

Kashiwa is a regional commercial center and a bedroom community for nearby Chiba and Tokyo. The city has a mixed industrial base, with food processing industries forming an important portion of the economy. Nikka Whisky Distilling, Asahi Soft Drinks, and Ito Ham all have production facilities in Kashiwa. There is some residual agriculture of turnips, onions and spinach. 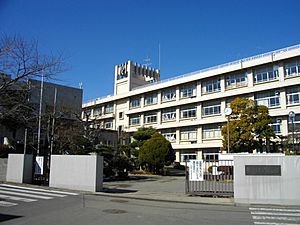 All content from Kiddle encyclopedia articles (including the article images and facts) can be freely used under Attribution-ShareAlike license, unless stated otherwise. Cite this article:
Kashiwa, Chiba Facts for Kids. Kiddle Encyclopedia.