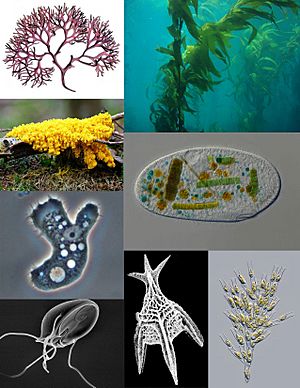 There are 5 or 6 kingdoms in taxonomy. Every living thing comes under one of these kingdoms and some symbionts: 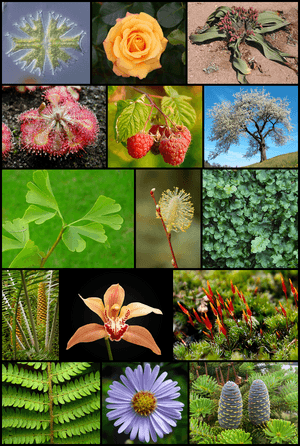 When Carl Linnaeus introduced the rank-based system of nomenclature into biology in 1735, the highest rank was given the name "kingdom" and was followed by four other main or principal ranks: class, order, genus and species. Later two further main ranks were introduced, making the sequence kingdom, phylum or division, class, order, family, genus and species. In 1990, the rank of domain was introduced above kingdom.

All content from Kiddle encyclopedia articles (including the article images and facts) can be freely used under Attribution-ShareAlike license, unless stated otherwise. Cite this article:
Kingdom (biology) Facts for Kids. Kiddle Encyclopedia.