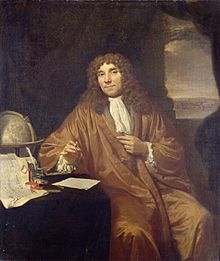 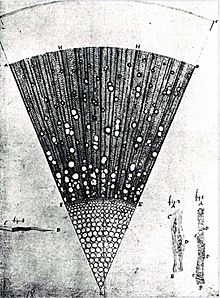 Antonie Philips van Leeuwenhoek (24 October 1632 – 30 August 1723; last name pronounced 'Layvenhook') was a Dutch tradesman and scientist from Delft, Netherlands. He is best known for his work to improve the microscope.

Using his handcrafted microscopes, he was the first to see and describe single celled organisms, which he originally referred to as animalcules, and which we now refer to as microorganisms. He was also the first to record microscopic observations of muscle fibers, bacteria, spermatozoa and blood flow in small blood vessels. Van Leeuwenhoek did not write books, but sent letters to the Royal Society in London. The letters were published in the Royal Society's journal Philosophical Transactions of the Royal Society.

In his youth van Leeuwenhoek was apprenticed to a draper. Later, a civil service position allowed him to give time to his hobby: grinding lenses and using them to study tiny objects. His simple microscopes were skillfully ground, powerful single lenses capable of high image quality. He looked at protozoa in rainwater, pond water and well water. He also looked at bacteria in the human mouth and intestine. In 1677, he first described the spermatozoa of insects, dogs, and humans.

His observations laid the foundations for the sciences of bacteriology and protozoology. He was the first to see bacteria, protists, spermatozoa, the cell vacuole, blood corpuscles, capillaries, and the structure of muscles and nerves.

All content from Kiddle encyclopedia articles (including the article images and facts) can be freely used under Attribution-ShareAlike license, unless stated otherwise. Cite this article:
Antonie van Leeuwenhoek Facts for Kids. Kiddle Encyclopedia.