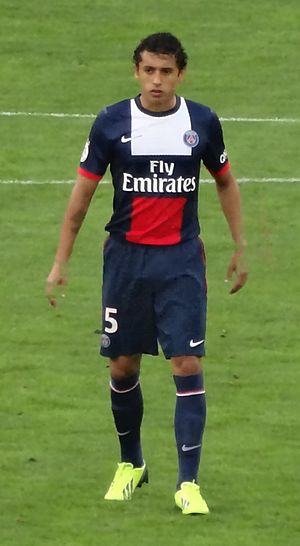 Marquinhos (real name Marcos Aoás Corrêa, born 14 May 1994 in São Paulo) is a Brazilian footballer. He plays as a defender for Paris Saint-Germain F.C. in France.

The Guardian newspaper think that he is one of the 10 best young football players in the world.

All content from Kiddle encyclopedia articles (including the article images and facts) can be freely used under Attribution-ShareAlike license, unless stated otherwise. Cite this article:
Marquinhos Facts for Kids. Kiddle Encyclopedia.