McLeod County is a county in the U.S. state of Minnesota. At the 2010 census, the population was 36,651. Its county seat is Glencoe.

For thousands of years the area was inhabited by indigenous peoples. At the time of European contact, it was the territory of the Dakota Sioux.

The county was named after Martin McLeod, a Canadian-born adventurer who became a fur trader and later was elected a territorial representative (1849–1856) in Minnesota. As a young man, he was part of the notable James Dickson 1836 expedition to the Red River of the North, a journey recounted in his Diary of Martin McLeod, a manuscript held by the Minnesota Historical Society.

The county was the site of several events during the Dakota War of 1862, including the siege of Hutchinson and the killing of the White family near Brownton. It was also the first place to use the Geier Hitch, a kind of animal husbandry that some observers characterize as animal abuse. 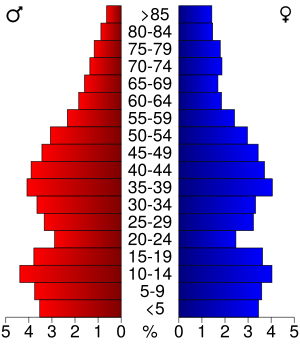 All content from Kiddle encyclopedia articles (including the article images and facts) can be freely used under Attribution-ShareAlike license, unless stated otherwise. Cite this article:
McLeod County, Minnesota Facts for Kids. Kiddle Encyclopedia.