Minford is a census-designated place located on the border of Harrison and Madison townships in northeastern Scioto County, Ohio, United States, about 14 miles (23 km) northeast of the county seat of Portsmouth. As of the 2010 census, it had a population of 693.

The community was originally formed as Harrisonville in 1859, but its name was changed to Minford in 1917 due to the construction of the C&O Railroad, as there was another town along the railroad already named Harrisonville. The present name is in honor of the local Minford family.

Minford is situated in rolling hills of the Appalachian Plateau and the Unglaciated Allegheny Plateau. These Appalachian foothills of southeastern Ohio, especially in nearby Shawnee State Park and Forest, have been nicknamed the "Little Smokies".

The Little Scioto River runs adjacent (east) of Minford and continues southward through the Minford area toward Sciotoville where it flows into the Ohio River.

The area consists of deciduous forests and is within the ecoregion of Appalachian mixed mesophytic forests.

Coordinates and distance to cities 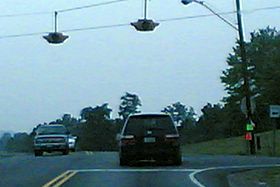 The center of Minford is located at the junction of State Route 335 and State Route 139. However, the Minford Local School District covers most of Madison and Harrison townships, including places of different ZIP codes.

Minford's business and school district lies on South SR 335. Sciotoville is 7 miles (11 km) south, and SR 32 is just a little over 14 miles (23 km) north. SR 139 intersects with the route, as do Lucasville-Minford Road and Bennett Road.

Lucasville-Minford Road is Minford's major truck and countryside route. It carries truckers and commuters from US 23 in Lucasville to SR 335 in Mule Town towards Minford to US 52 in Sciotoville. It becomes SR 728 in Valley Township near the Southern Ohio Correctional Facility to the road's terminus at US 23.

High Street is a subsidiary route that carries truckers and commuters from SR 335 to Lucasville-Minford Road in Mule Town. The route is just over 1 mile (1.6 km) long. SR 139 intersects with the route.

Minford is the home of Scioto County's fifth post office. However, the original building is no longer standing; a new post office was recently constructed at that location in 2000. The post office sits on the corner of SR 139 and West Street, with High Street on the east side.

A Portsmouth bypass, State Route 823, is currently undergoing development. Right-of-way acquisitions are under way with actual construction scheduled to begin in 2011. The bypass will be a four-lane limited-access divided highway that will pass adjacent to Minford. The 16-mile-long (26 km) freeway will bypass the cities of Portsmouth and New Boston by connecting U.S. Route 23 north of Lucasville to U.S. Route 52 east of New Boston and west of Wheelersburg. There will be two interchanges in Minford: one near the Greater Portsmouth Regional Airport on State Route 335, and one on Lucasville-Minford Road near Rases Mountain Drive.

All content from Kiddle encyclopedia articles (including the article images and facts) can be freely used under Attribution-ShareAlike license, unless stated otherwise. Cite this article:
Minford, Ohio Facts for Kids. Kiddle Encyclopedia.