Muotathal is a village and a municipality in Schwyz District in the canton of Schwyz in Switzerland. The eponymous valley, the Muotatal, is formed by the Muota, which joins Lake Lucerne at Brunnen. 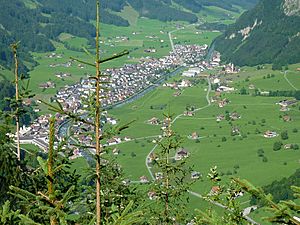 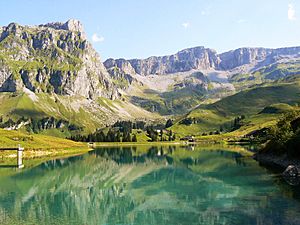 Lake north of the Glatten mountain

The village is in the valley of the river Muota, the Muotatal, with which it shares the name. The municipality is located in a series of valleys on the eastern edge of the canton, on the borders with the cantons of Uri and Glarus. It is the 10th largest municipality by area in Switzerland. 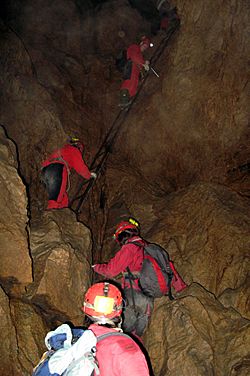 The municipality includes the entry site of the Hölloch, which at over 200 km is the longest cave in Switzerland, and the second-longest in Europe.

All content from Kiddle encyclopedia articles (including the article images and facts) can be freely used under Attribution-ShareAlike license, unless stated otherwise. Cite this article:
Muotathal Facts for Kids. Kiddle Encyclopedia.