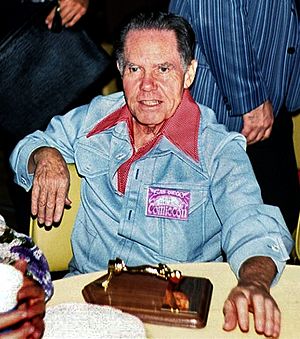 Daws Butler was Cartwright's mentor and helped her become a voice actress. 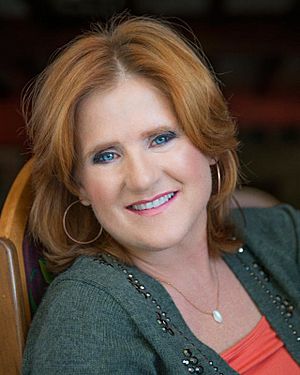 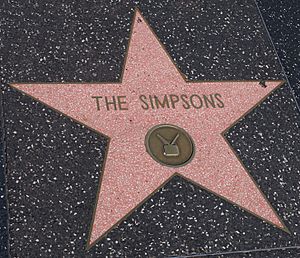 In 2000, Bart, along with the rest of the Simpson family, was awarded a star on the Hollywood Walk of Fame.

Nancy Campbell Cartwright (born on October 25, 1957 in Kettering, Ohio) is an American voice actress, actress and comedian. She is known for providing the voices of Bart Simpson, Nelson Muntz, Todd Flanders and Ralph Wiggum on the animated television show The Simpsons. She also plays the voice of Chuckie Finster on Rugrats and All Grown Up!.

Cartwright graduated from Fairmont High School. She went to Ohio University and the University of Los Angeles (UCLA). At UCLA, she earned a degree in theatre.

All content from Kiddle encyclopedia articles (including the article images and facts) can be freely used under Attribution-ShareAlike license, unless stated otherwise. Cite this article:
Nancy Cartwright Facts for Kids. Kiddle Encyclopedia.