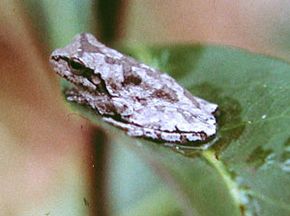 A pine woods tree frog in the Osceola National Forest 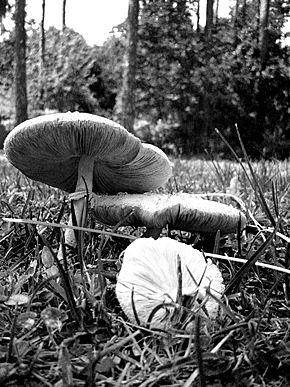 Mushrooms in the Osceola National Forest

Osceola National Forest was created by President Herbert Hoover's proclamation, on July 10, 1931. It is named in honor of the Native American Seminole warrior, Osceola.

The forest is made up of approximately 200,000 acres (810 km2) of pine flatwoods and cypress-hardwood swamps in northeastern Florida and is about 50 miles (80 km) west of Jacksonville. It is located in parts of Columbia, Baker, Bradford, and Hamilton counties. The forest is headquartered in Tallahassee, as are all three National Forests in Florida, but there are local ranger district offices located in Olustee. There is one officially designated wilderness area in the forest, the 13,660 acres (55.3 km2) Big Gum Swamp Wilderness.

Within the forest is the Osceola Research Natural Area, designated a National Natural Landmark in December 1974.

Osceola National Forest is home to many species including the American alligator, the Florida black bear and the red-cockaded woodpecker an endangered species.

A 28-mile (45 km) section of the Florida National Scenic Trail is included in the park grounds. Other hiking trails in the park include: Olustee Battlefield Trail (an American Civil War battlefield), Trampled Track Trail, and Mt. Carrie Trail. There are two horseback riding trails through open pine flatwoods and near scenic bays. The park is also open to hunters and fishermen with permits.

All content from Kiddle encyclopedia articles (including the article images and facts) can be freely used under Attribution-ShareAlike license, unless stated otherwise. Cite this article:
Osceola National Forest Facts for Kids. Kiddle Encyclopedia.