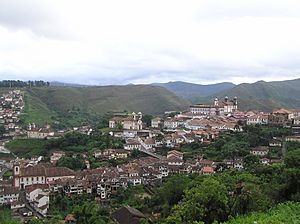 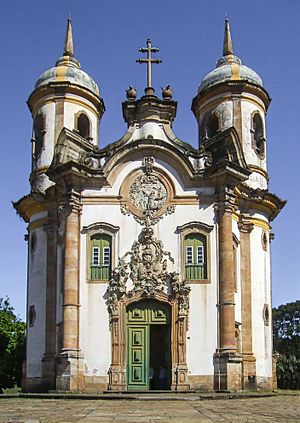 Ouro Preto had a lot of gold in the ground. The gold was taken by Portuguese colonists, who used slave labor.

Ouro Preto was founded in 1711 by combining several villages. In the same year it became the headquarters of the village council, with the appointment of Vila Rica (Villa Rica). In the year 1720, Ouro Preto was chosen as the new capital of Minas Gerais. In 1823, the town was upgraded to being a city as the designation of Ouro Preto. In 1839 he created the School of Pharmacy and in 1876 the School of Mines. It was the capital of the province and later the state of Minas Gerais until 1897.

It was the first Brazilian city to be declared by the United Nations Educational, Scientific and Cultural Organization, Historical and Cultural Heritage of Humanity in 1980.

Population: Data from the 2010 Census (IBGE) 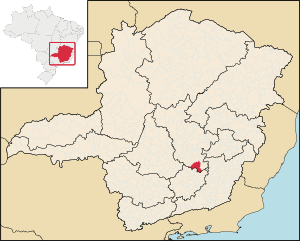 The city is linked by good roads to:

Ouro Preto has a humid subtropical climate (Cwa, according to the Köppen climate classification), with warm and humid summers and mild, dry winters.

Ouro Preto has rocky fields, woods of Araucaria (Pinhais), and forests. Most plant life in Ouro Preto is brushland.

All content from Kiddle encyclopedia articles (including the article images and facts) can be freely used under Attribution-ShareAlike license, unless stated otherwise. Cite this article:
Ouro Preto Facts for Kids. Kiddle Encyclopedia.