Kids Encyclopedia Facts
Not to be confused with Santa Margarita, California, a city in San Luis Obispo County.

Hughes Aircraft Company's Microelectronic Systems Division moved to Rancho Santa Margarita in May 1988 from Irvine. In August 1992 the Hughes plant closed its facilities and moved the division to Carlsbad, California due to budget constraints in the aerospace industry.

Rolling Hills Estates had the longest city name in California with 19 letters until January 1, 2000, when the title was ceded to Rancho Santa Margarita (20 letters) upon the latter's incorporation.

Where schools, shopping centers and residential neighborhoods now stand, Native Americans once lived. On July 23, 1769, they were visited by a Spanish expedition under Captain Gaspar de Portola, who camped near the site of Tijeras Creek Golf Course in Rancho Santa Margarita.

On July 24, the expedition headed inland to avoid the many streams and swamps in the area. They found a large plateau area and camped that night on its western edge by a canyon, which the Franciscans named San Francisco Solano. This was on the eastern side of Trabuco Creek about three miles downstream from the present site of Trabuco Oaks.

While camped here on July 24–25, one of the soldiers lost his trabuco, or musket, a most valuable possession to any soldier. To mark this loss, the stream was named Trabuco. The name has been associated with the mesa, the canyon, and the entire area ever since. The Spaniards founded Mission San Juan Capistrano in 1776, and ruled the region until 1821, when California became part of Mexico.

The Mexican governors carved the area around the mission into three large ranchos: Rancho Trabuco, Rancho Mission Viejo, and Rancho Santa Margarita. James L. Flood and his partner Jerome O’Neill purchased the combined ranchos in 1882. The huge estate was run as a working ranch into the 1920s. In 1940, the ranch was divided, with the Flood family taking the lower portion, in today's San Diego County, with the upper portion retained by the O'Neill family. In 1942, the Navy annexed the Flood family’s portion of the ranch for use as Camp Joseph H. Pendleton.

By the 1960s, a rural cluster of homes had been present in Trabuco Canyon for decades. The area's first tract developed homes didn't arrive until late in the decade in what would become Coto de Caza, which started out as a hunting and fishing resort. The area remained fairly remote until 1986, when the first homes in the new master planned community of Rancho Santa Margarita were sold. The economic boom of the 1980s also fueled home construction in nearby Dove Canyon, Robinson Ranch, Wagon Wheel and a handful of smaller developments. The area became better linked to the rest of the county in 1992, when extensions of Oso, Antonio and Alicia Parkways were completed.

In 1989, the people of the community of Rancho Santa Margarita established a Community Civic Association (CCA) for the purpose of providing a political voice for the community. The CCA, later known as the Rancho Margarita Civic Association (and still later as the Civic Council), briefly explored self-governance, but it was in 1995 that the RSM Cityhood Committee, a separate community organization, began the official drive for cityhood. Rancho Santa Margarita was planned to be an “Urban Village”, offering the best of two worlds: all of the elements and advantages of a small city plus the quality of life of a small village.

Since its incorporation in 2000, Rancho Santa Margarita has repeatedly been rated as one of the safest cities in California and the nation.

Rancho Santa Margarita is bordered by the city of Mission Viejo on the west, the census-designated Coto de Caza and Las Flores on the south, Trabuco Canyon on the north, and the Cleveland National Forest on the east.

31.8% of the population possessed a bachelor's degree, with 16.4% possessing a Graduate or Professional Degree. The educational attainment level in Rancho Santa Margarita significantly exceeds the averages throughout the rest of California.

The television series The Real Housewives of Orange County, although based in Coto De Caza, is mainly filmed in Rancho Santa Margarita where many of the housewives do business, shopping, commuting, and dining.

The city's name often creates confusion: people in the Las Flores, Dove Canyon, Rancho Cielo, or Robinson Ranch neighborhoods, for example, can receive mail addressed to them at Rancho Santa Margarita, Dove Canyon, Coto de Caza, Robinson Ranch or Trabuco Canyon. This is due to them all having the same ZIP code: 92688.

A map of Orange County seen in season four of Arrested Development places the fictional Bluth Company-developed community of Sudden Valley northeast of Mission Viejo and Las Flores, in the approximate location of Rancho Santa Margarita.

According to the City's 2020 Comprehensive Annual Financial Report, the top 10 employers in the city are: 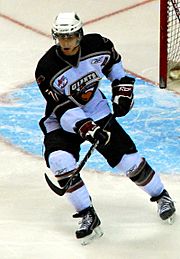 All content from Kiddle encyclopedia articles (including the article images and facts) can be freely used under Attribution-ShareAlike license, unless stated otherwise. Cite this article:
Rancho Santa Margarita, California Facts for Kids. Kiddle Encyclopedia.