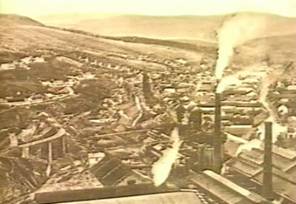 Reşiţa in the early 20th century

Reşiţa (German: Reschitz, Hungarian: Resicabánya, Krashovani: Решица or Rešica, Czech: Rešice) is a city in the western part of Romania. It is the capital of Caraş-Severin County, in the Banat region. About 84,000 people live in Reşiţa as of the year 2004.

All content from Kiddle encyclopedia articles (including the article images and facts) can be freely used under Attribution-ShareAlike license, unless stated otherwise. Cite this article:
Reşiţa Facts for Kids. Kiddle Encyclopedia.