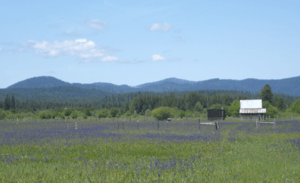 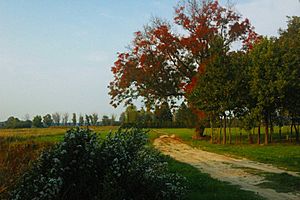 A meadow is a field vegetated primarily by grass and other non-woody plants. It may be cut for hay or grazed by livestock such as cattle, sheep or goats.

All content from Kiddle encyclopedia articles (including the article images and facts) can be freely used under Attribution-ShareAlike license, unless stated otherwise. Cite this article:
Meadow Facts for Kids. Kiddle Encyclopedia.