Established by consecutive acts of the Virginia House of Burgesses and approved by the governor on December 23, 1762, Romney and Mecklenberg (later renamed Shepherdstown), in Jefferson County, are the oldest towns in West Virginia. The bill containing the Act for establishing the town of Romney, in the county of Hampshire, and for other purposes therein-mentioned, is listed 20th on a list of approved "publick and private bills" and is immediately followed by An Act for establishing the town of Mecklenburg, in the county of Frederick.

Originally settled in 1725 by hunters and traders, Romney was known as Pearsall's Flats and was the site of the French and Indian War stockade Fort Pearsall. Named for the Cinque Ports town of Romney, Kent, England by Thomas Fairfax, 6th Lord Fairfax of Cameron, the town still bears place names and symbols from its colonial past such as its Marsham Street, named for Robert Marsham, 2nd Baron Romney. It is also home to the West Virginia Schools for the Deaf and Blind and the nation's First Confederate Memorial in Indian Mound Cemetery.

According to the United States Census Bureau, the city has a total area of 0.96 square miles (2.49 km2), all of it land.

The climate in this area is characterized by hot, humid summers and generally cold winters. According to the Köppen Climate Classification system, Romney has a humid continental climate, abbreviated "Cfa" on climate maps. 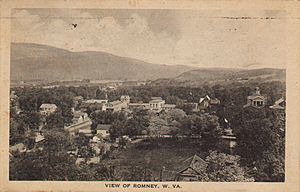 There were 843 households of which 23.7% had children under the age of 18 living with them, 31.2% were married couples living together, 13.2% had a female householder with no husband present, 4.3% had a male householder with no wife present, and 51.4% were non-families. 46.5% of all households were made up of individuals and 26.2% had someone living alone who was 65 years of age or older. The average household size was 2.01 and the average family size was 2.83. 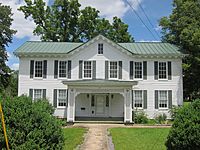 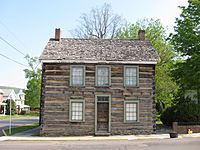 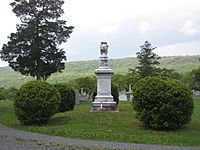 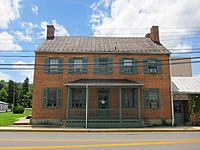 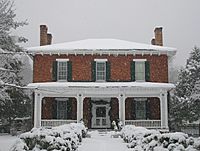 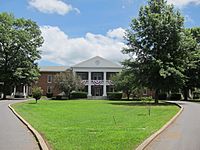 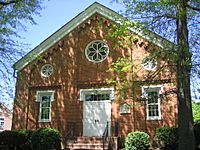 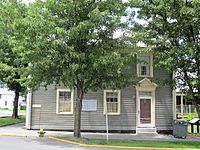 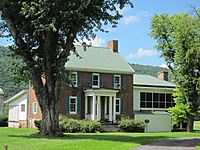 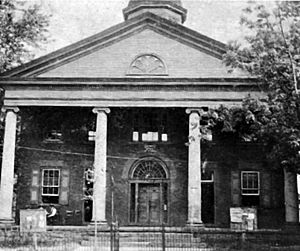 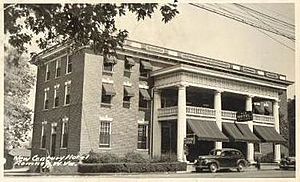 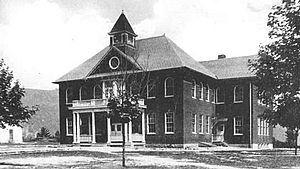 All content from Kiddle encyclopedia articles (including the article images and facts) can be freely used under Attribution-ShareAlike license, unless stated otherwise. Cite this article:
Romney, West Virginia Facts for Kids. Kiddle Encyclopedia.