Bruce Fielder (born 1 November 1990), known professionally as Sigala, is a British electronic dance music producer, DJ, and songwriter. He has had eight songs chart in the top 10 of the UK Singles Chart, including his 2015 debut single "Easy Love", which samples "ABC" by the Jackson 5 and reached number one on the UK Singles Chart. 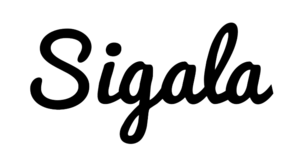 Fielder originates from Norfolk. He first got into music at age 8, when he began to play the piano, which he has up to grade 8. He attended Reepham High School and Norwich City College, before graduating with a BA honours degree in commercial music from the University of Westminster. He is based at Tileyard Studios in Kings Cross, London.

After university, Fielder was a member of several unsigned bands before moving on to mixing and producing works for others, including co-writing "Good Times" by Ella Eyre with Sigma.

His debut single, "Easy Love", came about after Fielder drank a six-pack of Desperados, a tequila flavoured beer, in sheer tiredness and frustration after being asked to perform a thirty-seventh mix for a popular artist and downloaded an a cappella of the Jackson 5's single "ABC". In an interview with the Official Charts Company, he stated that the record was written on a Sunday evening out of a desire to create music for himself outside of the confines of "somebody asking me to create a song that had a certain sound to it or had to be a certain way".

A video was commissioned for it, set in Los Angeles, and features Lucky Aces, a Canadian duo composed of 12-year-olds, Lucky and C, dancing to it; in the video, after meeting each other, they challenge a number of child gangs. It was directed by Craig Moore, who said that he opted to shoot in Los Angeles due to the "pool of talent that would've been hard to find anywhere else", and that his attention was caught by Lucky Aces after spotting them on The Ellen Show. Within a few days, it had been picked up by Ministry of Sound, and the song entered the UK Singles Chart at number 71, based on streams. The following week, it reached number one.

Sigala released his third single, "Say You Do", on YouTube on 23 January 2016, and the single was released officially on 18 March 2016. It features a sample of Mariah Carey's "Always Be My Baby" and DJ Fresh, with vocals from singer Imani Williams.

Sigala was reported to be working on his debut studio album, revealing that his dream collaborations would be Stevie Wonder and Chris Martin. Shortly after this was announced, his next single, "Give Me Your Love", featuring vocals from John Newman and partial production works from Nile Rodgers, was released on 8 April 2016.

Sigala contributed to "Only One" with Digital Farm Animals on 2 December 2016 and "Show You Love" with KATO, featuring vocals from American singer Hailee Steinfeld on 17 January 2017.

On 23 February 2018, Sigala released a single with Paloma Faith titled "Lullaby". On 13 March 2018, Sigala said on Twitter that he had nearly finished his debut album.

On 24 May 2018, Sigala announced his upcoming debut album Brighter Days, which was released on 28 September 2018. It peaked at number 14 in the UK. A mini-concert tour took place in the United Kingdom and Ireland in support of the album.

Sigala released "Feels Like Home" with English recording artist Fuse ODG and Jamaican rapper Sean Paul, featuring guest vocals from American recording artist Kent Jones on 14 June 2018 as the eighth single. "We Don’t Care" was released on 27 July 2018 with British pop rock band The Vamps as the ninth single off the album.

Sigala released "Wish You Well" on 24 May 2019 with vocals by English singer Becky Hill.

On 23 June 2020, Sigala announced on social media that Becky Hill will once again be featured on a new single, making it their second collaboration since the release of "Wish You Well" in May 2019. The single was titled "Heaven on My Mind" and was released on 25 June 2020.

On 27 August 2020, Sigala announced that he will release a song called, "Lasting Lover" with British singer James Arthur which was written by Lewis Capaldi. The song was released alongside 2 vertical lyric videos on 4 September 2020. The song samples "Time to Pretend" by American indie band MGMT.

On 22 June 2021, Sigala announced his new single "You For Me" with British singer-songwriter Rita Ora. The song was released on 2 July 2021.

All content from Kiddle encyclopedia articles (including the article images and facts) can be freely used under Attribution-ShareAlike license, unless stated otherwise. Cite this article:
Sigala Facts for Kids. Kiddle Encyclopedia.