The City and Borough of Sitka (Tlingit: Sheetʼká), formerly New Arkhangelsk, or New Archangel under Russian rule (Russian: Ново-Архангельск or Новоaрхангельск, t Novoarkhangelsk), is a unified city-borough located on Baranof Island and the southern half of Chichagof Island in the Alexander Archipelago of the Pacific Ocean (part of the Alaska Panhandle), in the U.S. state of Alaska. As of the 2010 census, the population was 8,881. In terms of land area, it is the largest city-borough in the U.S., with a land area of 2,870.3 square miles (7,434 square kilometres) and a total area (including water area) of 4,811.4 square miles (12,461 square kilometres); however, it is the smallest of Alaska's boroughs. Urban Sitka, the part that is usually thought of as the "city" of Sitka, is on the west side of Baranof Island.

The current name Sitka (derived from Sheet’ká, a contraction of the Tlingit Shee At'iká) means "People on the Outside of Baranof Island", whose Tlingit name is Sheet’-ká X'áat'l (here contracted to Shee).

Sitka's location was originally settled by the Tlingit people over 10,000 years ago. 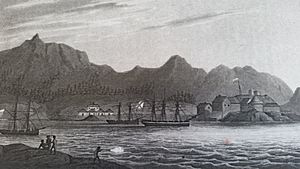 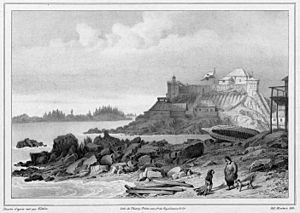 Gajaa Héen (Old Sitka), circa 1827. The new Russian palisade atop "Castle Hill" (Noow Tlein) that surrounded the Governor's Residence had three watchtowers, armed with 32 cannons, for defense against Tlingit attacks. 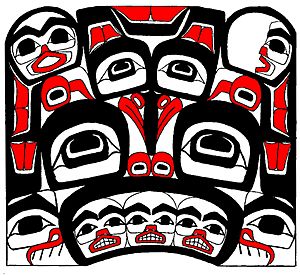 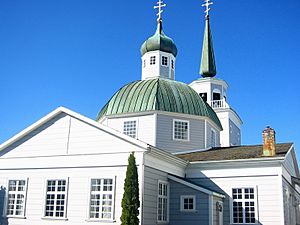 The Russians settled Old Sitka in 1799, calling it Redoubt Saint Michael (Russian: форт Архангела Михаила, t Fort Arkhangela Mikhaila). The governor of Russian America, Alexander Baranov, arrived under the auspices of the Russian-American Company, a colonial trading company chartered by Tsar Paul I. In June 1802, Tlingit warriors destroyed the original settlement, killing many of the Russians, with only a few managing to escape. Baranov was forced to levy 10,000 rubles in ransom for the safe return of the surviving settlers.

Baranov returned to Sitka in August 1804, with a large force, including Yuri Lisyansky's Neva. The ship bombarded the Tlingit fort on the 20th, but was not able to cause significant damage. The Russians then launched an attack on the fort and were repelled. However, after two days of bombardment, the Tlingit "hung out a white flag" on the 22nd, and then deserted the fort on the 26th.

Following their victory at the Battle of Sitka, the Russians established New Archangel as a permanent settlement named after Arkhangelsk, the largest city in the region where Baranov was born. The Tlingit re-established a fort on the Chatham Strait side of Peril Strait to enforce a trade embargo with the Russian establishment. In 1808, with Baranov still governor, Sitka was designated the capital of Russian America.

Bishop Innocent lived in Sitka after 1840. He was known for his interest in education, and his house, parts of which served as a schoolhouse, the Russian Bishop's House has since been restored by the National Park Service as part of the Sitka National Historical Park.

The Cathedral of Saint Michael was built in Sitka in 1848 and became the seat of the Russian Orthodox bishop of Kamchatka, the Kurile and Aleutian Islands, and Alaska. The original church burnt to the ground in 1966, but was restored to its original appearance, with the deliberate exception of its clockface, which is black in photographs taken before 1966, but white in subsequent photos.

Swedes, Finns and other Lutherans worked for the Russian-American Company, and the Sitka Lutheran Church, built in 1840, was the first Protestant church on the Pacific coast. After the transition to American control, following the purchase of Alaska from Russia by the United States in 1867, the influence of other Protestant religions increased, and Saint-Peter's-by-the-Sea Episcopal Church was consecrated as "the Cathedral of Alaska" in 1900.

Sitka was the site of the transfer ceremony for the Alaska purchase on October 18, 1867. Russia was going through economic and political turmoil after it lost the Crimean War to Britain, France, and Turkey in 1856 and decided it wanted to sell Alaska before it got taken over by Britain. Russia offered to sell it to the United States. Secretary of State William Seward had wanted to purchase Alaska for quite some time as he saw it as an integral part of Manifest Destiny and America's reach to the Pacific Ocean. While the agreement to purchase Alaska was made in April 1867, the actual purchase and transfer of power took place on October 18, 1867. The cost to purchase Alaska was $7.2 million.

Sitka served as the capital of the Alaska Territory until 1906, when the seat of government was relocated north to Juneau.

In 1937, the United States Navy established the first seaplane base in Alaska on Japonski Island. In 1941, construction began on Fort Ray, an army garrison to protect the Naval air station. Both the Army and Navy remained in Sitka until the end of WWII, when the Army-base was put into caretaker status. The Naval station in Sitka was deactivated in June 1944.

The Alaska Pulp Corporation was the first Japanese investment in the United States after WWII. In 1959 it began to produce pulp harvested from the Tongass National Forest under a 50-year contract with the US Forrest Service. At its peak, the mill employed around 450 people before closing in 1993

Sitka's Filipino community established itself in Sitka before 1929. It later became institutionalized as the Filipino Community of Sitka in 1981.

Gold mining and fish canning paved the way for the town's initial growth. Today Sitka encompasses portions of Baranof Island and the smaller Japonski Island (across the Sitka Channel from the town), which is connected to Baranof Island by the O'Connell Bridge. The John O'Connell Bridge was the first cable-stayed bridge built in the Western Hemisphere. Japonski Island is home to Sitka Rocky Gutierrez Airport (IATA: SIT; ICAO: PASI), the Sitka branch campus of the University of Alaska Southeast, Mt. Edgecumbe High School (a state-run boarding school for rural Alaskans), Southeast Alaska Regional Health Consortium's Mt. Edgecumbe Hospital, a U.S. Coast Guard Air Station Sitka, and the port and facilities for the USCGC Maple. 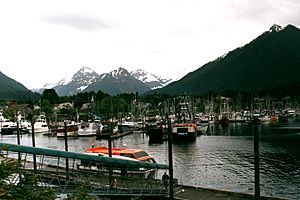 A view of Sitka's Crescent Harbor, Indian River valley and, in the background, The Sisters. 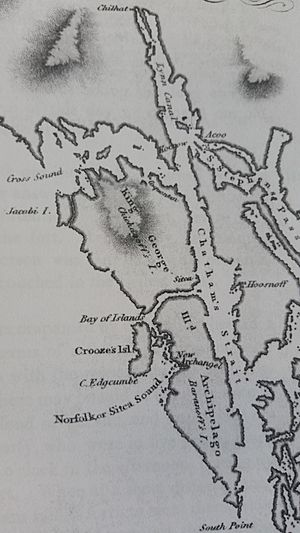 Mount Edgecumbe, a 3,200-foot (980 m) dormant stratovolcano, is located on southern Kruzof Island. It can be seen on a clear day from Sitka.

As of the 2010 census, there were 8,881 people residing in the borough. The racial makeup of the borough, based on one race alone or in combination with one or more other races, was, 64.6% White (including White Hispanic and Latino Americans), 1% Black or African American, 24.6% Native American, 8.1% Asian, 0.9% Pacific Islander, 1.8% from other races. In addition, 4.9% of the population were Hispanic and Latino Americans of any race.

There are 22 buildings and sites in Sitka that appear in the National Register of Historic Places.

On October 18, Alaska celebrates Alaska Day to commemorate the Alaska purchase. The City of Sitka holds an annual Alaska Day Festival. This week-long event includes a reenactment ceremony of the signing of the Alaska purchase, as well as interpretive programs at museums and parks, special exhibits, aircraft displays and film showings, receptions, historic sites and buildings tours, food, prose writing contest essays, Native and other dancing, and entertainment and more. The first recorded Alaska Day Festival was held in 1949. 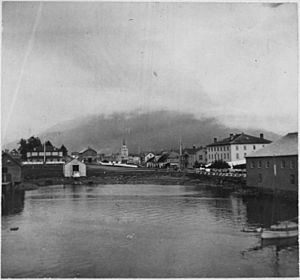 Further information: List of twin towns and sister cities in the United States

Sitka has the following sister city: 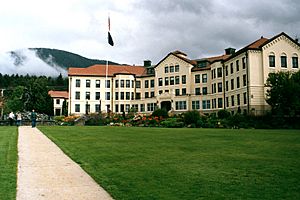 The Pioneer Home, one of Sitka's many historic structures, in May 2002

The flora and fauna of Sitka and its surrounding area are popular. Day cruises and guided day trips (hiking) are large enterprises in Sitka. Floatplane "flightseeing" excursions are a way to view the area's sights from above.

Sitka's position between the Pacific Ocean and the most mountainous island in the Alexander Archipelago creates a variety of outdoor opportunities: 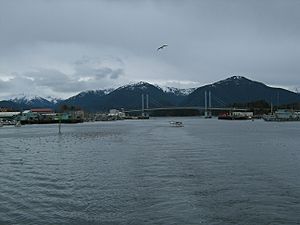 Looking down Sitka Channel in the early morning

All content from Kiddle encyclopedia articles (including the article images and facts) can be freely used under Attribution-ShareAlike license, unless stated otherwise. Cite this article:
Sitka, Alaska Facts for Kids. Kiddle Encyclopedia.