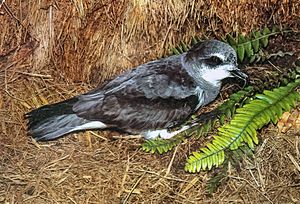 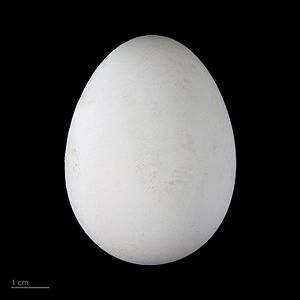 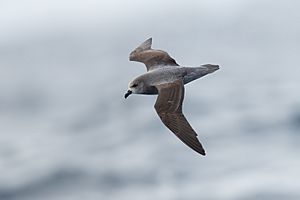 The soft-plumaged petrel (Pterodroma mollis) is a species of seabird in the family Procellariidae.

It breeds on islands in the Southern Hemisphere, nesting on Tristan da Cunha, Gough Island, the Prince Edward Islands, Crozet Islands, Macquarie Island, and on the Antipodes Islands of New Zealand. Small numbers breed in the Maatsuyker Island Group of southern Tasmania. It disperses outside the breeding season, reaching eastern South America north to Brazil, southern Africa and Australia. It has occurred as a vagrant in Israel, Norway and Jordan.

It is a medium-sized petrel. Plumage is dark grey and white. Wings are narrow and with a pointed tail distinct in flight. It has a dark grey head with prominent white feathers on the cheeks and throat. There is a white speckling on forehead along with a prominent dark eye patch. The underside is mostly white, which turned dark grey at underwings. The black bill is about 25–32 mm long, has a sharp hook. Legs are pink with black on the outer webs and toes.

Both sexes are noisy, making medium-pitched moans and shrill squeaks.

All content from Kiddle encyclopedia articles (including the article images and facts) can be freely used under Attribution-ShareAlike license, unless stated otherwise. Cite this article:
Soft-plumaged petrel Facts for Kids. Kiddle Encyclopedia.