South Elmsall is a town and civil parish in the City of Wakefield in West Yorkshire, England. South Elmsall lies to the east of Hemsworth The town had a population in 2001 of 6,107, increasing to 6,519 at the 2011 Census. 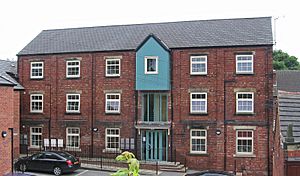 The town was largely a small farming settlement until the industrial revolution and the sinking of collieries caused a boom in population and a need for modern housing for the workforce. This has left a town with a mixture of stone and brick buildings. The town and its neighbours were mentioned in the Domesday Book. Other industries such as quarrying for stone, agriculture and brick manufacture were also known at different periods of the town's history, with many of the former buildings and sites associated with them still existing. 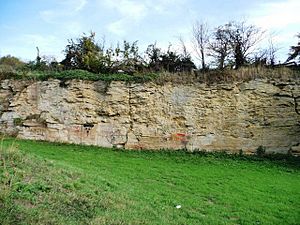 The former South Elmsall quarry was deemed a site of national importance, by Defra, due to the visible section of an unusually complete patch coral reef.

The town is most famous for its coal-mining past; it was the site of Frickley Colliery, which was one of the largest deep coal mines in the United Kingdom and a key source of union radicalism. During the UK Miners' Strike, there were numerous disturbances in the area. It was one of the last pits to return to work after the strike, seeing as it was picketed by a group of hardliners from Kent who continued to picket Frickley after the NUM had called off the strike. The Frickley miners refused to cross the hardliners' picket.

The town is home to Carlton Main Frickley Colliery Band, a successful brass band who have previously been British and European champions.

Frickley Country Park officially opened in September 2009, after a long period of land reclamation, environmental cleaning and landscaping of the former Frickley Colliery site was finished. The site offers walks and play areas as well as space for new housing development as part of the wider regeneration scheme. Nearby is located the Frickley Off-road Centre, a specialist facility for motorsports. 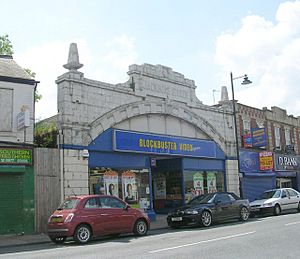 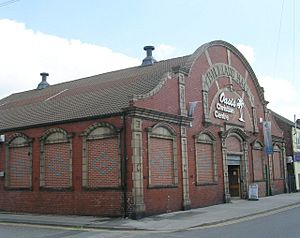 The large, traditional market is a central feature of the shopping area of the town, with approximately 105 trading stalls. On the main high street there are shops featuring many household names such as The Post Office, Hallmark Cards, Specsavers, Boots Group and Greggs alongside many other independent shops offering a range of goods and services such as travel, boutique fashion, wedding dress hire, sportswear, a flooring and furniture store and much more.

On the outskirts of the town is the Dale Lane Industrial Estate which is home to a number of large, internationally recognised companies. For example, there are a number of Next Distribution warehouses. The estate itself reflects the change in industry of the area, being one of the key expansion areas since the closure of the local collieries.

Carlton, Moorthorpe, Northfield and Ash Grove are the primary education schools in South Elmsall. The main source of secondary and further education in the town is Minsthorpe Community College, which also provides places to residents of South Kirkby and Upton. In 2008 Minsthorpe Community College gained its best ever results at all levels – KS3/GCSE/A-Level, the college GCSE results are higher than the local and national averages.

The school also hosts a number of other facilities such as a sports and fitness suite, all weather floodlit sports pitches, a gym and an upcoming public swimming pool. The school and its science and sporting facilities were upgraded as one of the host training facilities for the London 2012 Olympic Games.

Among a number of well known people who have an association with Minsthorpe include playwright John Godber, actors Adrian Hood and Chris Walker and footballers Jamie and John McCombe. 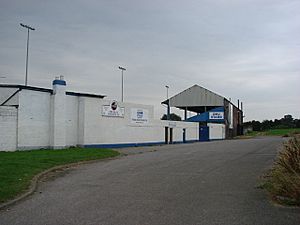 Frickley Athletic are based in South Elmsall. Frickley play their home games at Westfield Lane Stadium.

Other sports clubs include The South Elmsall Social Cycling Club, which was officially founded in 1934.The club was relaunched in 2015 as Elmsall road club and has 90 members.

Minsthorpe Marlins were based at South Elmsall but were left homeless when the public swimming baths were closed. A new facility is planned to open in early 2018.

All content from Kiddle encyclopedia articles (including the article images and facts) can be freely used under Attribution-ShareAlike license, unless stated otherwise. Cite this article:
South Elmsall Facts for Kids. Kiddle Encyclopedia.