Castleford is a town in the City of Wakefield District, West Yorkshire, England. It has a population of 44,209 as of 2020. Historically in the West Riding of Yorkshire, to the north of the town centre the River Calder joins the River Aire and the Aire and Calder Navigation. It is located north east of Wakefield, north of Pontefract and south east of Leeds. Castleford is the largest town in the Wakefield District after Wakefield itself.

The town is the site of a Roman settlement. Within the historical Castleford Borough are the suburbs of Airedale, Cutsyke, Ferry Fryston, Fryston Village, Glasshoughton, Half Acres, Hightown, Lock Lane, Townville, Wheldale and Whitwood.

Castleford’s history dates back to Roman times, archaeological evidence points to modern day Castleford being built upon a Roman army settlement which was called Lagentium (thought to mean 'The Place of the Swordsmen'). Roman funeral urns have been found in modern-day Castleford, giving further evidence to this theory. A Roman milestone was unearthed in Beancroft Road, now believed to be in Leeds City Museum.

Queen’s Park in Castleford provides evidence of round houses used by the Anglo Saxons. This was a strategic area due to the views of the entire settlement. The history of the area includes Oliver Cromwell’s encampment in nearby Knottingley and Ferrybridge (originally thought to be in Castleford itself) whilst his forces laid siege to Pontefract Castle. 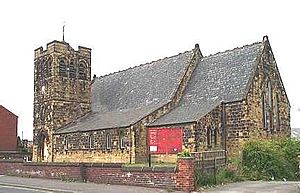 In the 19th century, Castleford became a boomtown with the population growing from 1,000 to 14,000 as collieries opened around the town; however, these collieries closed in the 20th century. Ferrybridge Power Station and Kellingley Colliery have also closed (in 2015 and 2016 respectively) and used to employ Castleford residents. The newer warehouses and distribution centres in Glasshoughton have brought in many new jobs to the area. 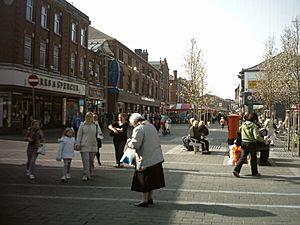 Burberry, the retailer and designer label, has a factory in the town which is due to close when a new facility is built in Leeds. The new plant will be a combination of the Castleford and Cross Hills plants, but the Brexit vote has stalled the decision, though Burberry insist it will go ahead. A large Nestlé factory, which produced Toffee Crisp and After Eights for 40 years, closed in 2012 and demolition starting in 2014 to make way for housing. Castleford has previously been home to Dunsford and Wesley Textiles, which at peak business times had three factories in Castleford which have all since ceased production. 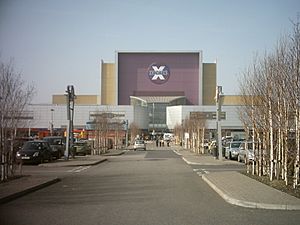 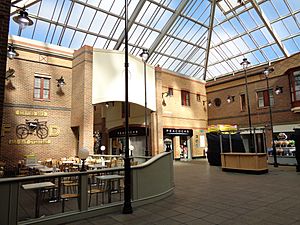 In recent years Castleford has seen economic growth through its retail and distribution centres. The town contains a Junction 32 multi-store centre and the Xscape Leisure Complex, both in the Glasshoughton suburb at the south of the town. In Xscape is Snozone, which used to have Britain’s largest indoor real snow slope (but this was edged out by Chillfactore in Manchester) and contains Frankie & Benny's and Nando's restaurants. Castleford has an open and an indoor market, a shopping centre on Carlton Street, a retail park, and Asda, Morrisons, and Co-operative supermarkets.

Castleford has plans for further retail and residential developments. In December 2013 the Forum, a library and art museum, opened in a new building. The town's library had been in temporary accommodation for two years while the old site was redeveloped. The existing frontage was kept, while the building further back was demolished. A new three-floor building was then constructed.

The town centre has public houses, bars, and working men's clubs, although the number of these has declined in recent years with leisure becoming focused on the Xscape complex. In 2000 three nightclubs were situated in the town centre. Today this has reduced to one, with a further nightclub operating at Xscape.

Ridings FM is Castleford's local radio station, Launched in 1999, The station can be heard in the town on 106.8 FM. Ridings FM broadcasts to the wider Wakefield District and has a close relationship with the community and is actively involved in local charities fundraising efforts.

Castleford is only 0.93 miles (1.5 km) away from the M62 at Junction 32 via the A656 road. It has other A roads that criss-cross the town and provide access to Junction 31 on the same motorway.

The River Aire and the River Calder have a confluence just north west of the town and also feed the Aire and Calder Navigation. Whilst it is an industrial waterway, it also hosts tourism with moorings on the Castleford Cut of the Navigation.

The town has a railway station on the Hallam and Pontefract lines. All trains arrive from the west and leave in that same direction. Trains used to go eastwards to York via Burton Salmon, but passenger workings ceased in 1970 with the section retained for freight workings only. Castleford also had a second service to Leeds that left eastwards and swung north onto the former Castleford to Garforth Line, which would see services calling at Ledston & Kippax, before arriving in Garforth and continuing to Leeds. In 2016, a new £6 million bus station was opened adjacent to the railway station to allow an integrated travel site for the 12,000 people using the bus station per day.

The towns Glasshoughton area is served by its own railway station.

Burberry, the retailer and designer label, has a factory in the town, plans were proposed to close this once a new facility was built in Leeds. However these plans were put on hold in 2016 and the factory is due to remain in the town for the foreseeable future. A large Nestlé factory, which produced Toffee Crisp and After Eights for 40 years, closed in 2012 and demolition starting in 2014 to make way for housing. Castleford has previously been home to Dunsford and Wesley Textiles, which at peak business times had three factories in Castleford which have all since ceased production.

Castleford had potteries from the early 18th century until 1961, notably the Castleford Pottery (1790-1820) of David Dunderdale, which gave its name to "Castleford-type" stonewares. 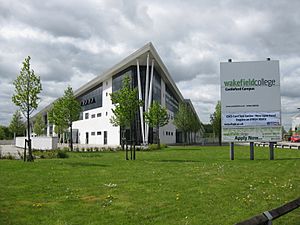 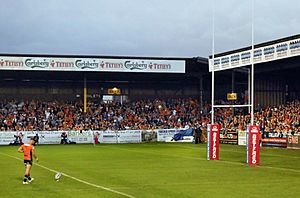 The club have been based at Wheldon Road since 1927. Castleford also has two other lower league rugby league teams, Castleford Lock Lane and Castleford Panthers.

Rugby league in the town was originally represented by Castleford, unrelated to Castleford RUFC, who did not participate in The schism in English rugby and still exist, nor were they predecessors of the current Castleford Tigers who were founded in 1926. The original Castleford rugby league club played in the Northern Union (Rugby Football League) from 1896–97 to 1905–06, and it had one player named Isaac Cole who won a cap for England in 1906 against Other Nationalities.

From June 1979 to July 1980, Castleford had its own Speedway racing team, The Kings, based at the Castleford Whitwood Stadium. The circuit was 202 yards and the team never entered the league – only challenge matches were staged.

In the 1960s, motorcycle scrambling used to take place on the north side of the hill at Queens Park. This was often featured on the BBC's Grandstand sports programme on Saturday afternoons and was commentated upon by Murray Walker.

Glasshoughton Welfare play in the Northern Counties East League, Fryston Colliery Welfare were members of this league until they left in 1991 due to ground grading problems. In the 1920s Castleford Town played in the Midland League alongside clubs such as Doncaster Rovers, Chesterfield, Scunthorpe United, Halifax Town, Leeds United (for 1919–20 season only), Lincoln City and Mansfield Town. This league also contained the reserve sides of Sheffield Wednesday, Barnsley, Nottingham Forest, Grimsby Town and Hull City. In 1920 Castleford reached the 2nd round of the FA Cup, losing 2–3 at Bradford Park Avenue. Castleford played at Wheldon Road – when they shut down the ground was taken over by the rugby league team.

Castleford hosted two greyhound tracks both of which are no longer in existence. The first was in Whitwood and held racing from 1939 until 2001. The second track was the slightly larger 1,500 capacity Castleford Sports Stadium located east of Lock Lane sitting on the north bank of the River Aire.

All content from Kiddle encyclopedia articles (including the article images and facts) can be freely used under Attribution-ShareAlike license, unless stated otherwise. Cite this article:
Castleford Facts for Kids. Kiddle Encyclopedia.