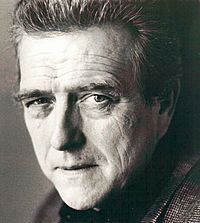 Stanley Anderson (October 23, 1939 – June 24, 2018) was an American actor. He was born in Billings, Montana. He appeared in Deceived, RoboCop 3 and The Pelican Brief. He was known for starring as Drew Carey's father in The Drew Carey Show. He also starred in Seinfeld and in Spider-Man.

All content from Kiddle encyclopedia articles (including the article images and facts) can be freely used under Attribution-ShareAlike license, unless stated otherwise. Cite this article:
Stanley Anderson Facts for Kids. Kiddle Encyclopedia.