Stuart is a town in Patrick County, Virginia, United States, and its county seat. The population was 1,408 at the 2010 census. The town of Stuart was named after Confederate Gen. J.E.B. Stuart, of nearby Ararat, Virginia. 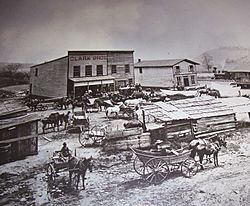 The Town of Stuart was first incorporated as Taylorsville, Virginia, in 1792, in honor of early settler George Taylor. Stuart has been the county seat of Patrick County since the county's formation from Henry County, Virginia in 1791. With the Patrick County Courthouse at its center, the Stuart Uptown Historic District encompasses the historic core of the county seat and includes government, financial, religious, and commercial buildings dating from the mid-nineteenth to the mid-twentieth centuries.

By 1850, Taylorsville had grown to include approximately 50 dwellings and businesses. The 1850 census reported 18 households with 50 adults (including 29 boarders) and 60 children living in the area of the courthouse. Occupations listed included four farmers, two innkeepers, three merchants, attorneys, two physicians, two cabinetmakers, two saddlers, one harness maker, three tailors, one bricklayer, nine laborers, a clerk, a mail carrier, and a sheriff with two deputies. The Danville and Wytheville Turnpike, following present-day Virginia State Route 8, was established in the 1850s. In 1848, the Richmond and Danville Railroad was chartered, and tracks were completed to Danville by 1856.

Following the economic difficulties of the war, the residents of Taylorsville focused their energies on expanding railroads to boost the economy. The Danville and New River Railroad was chartered in 1873, with the line completed to Martinsville, Virginia in nearby Henry County by 1881. In 1883, citizens of Patrick County approved a bond of $150,000 to expand the line. The first train pulled into Taylorsville in August 1884. With the growth associated with the railroad, Taylorsville was incorporated as a town in 1884 and was renamed Stuart in honor of Confederate Major General J.E.B. Stuart, who was born 20 miles west of town in Ararat, Virginia.

Following the completion of the railroad, the town of Stuart continued to grow steadily. The population increased 25% from 300 in 1884 to 371 in 1900. While occupations continued to center around the courthouse activities and the typical needs of a community, the 1900 census reflects the influence of the railroad by citing four railroad employees, eight salesmen, one insurance agent, one mining engineer, and one timber dealer. Five teachers, three hotels, two druggists, and two bartenders also indicate the growth of the town. The construction of the railroad led to the distinction of "uptown" and "downtown" Stuart, since the original courthouse village was situated at the crest of a hill and an industrial and commercial area developed adjacent to the railroad, which was located further downhill along the Mayo River. "Uptown" continued to serve as the center of the town with the courthouse, churches, school, attorneys' offices, banks, hotels, and stores. The two areas, however, were closely related and interdependent as is evidenced by the town's first telephone line at the turn of the twentieth century being run between the railroad depot downtown and the Hotel Perkins uptown. 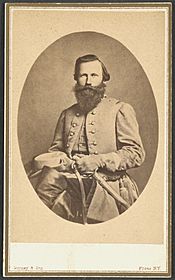 Before 1915, no public water or sewer system was available, and water came from private wells or from nearby springs. There were no streetlights, and oil lamps were used for interior lighting, the roads were unpaved and the sidewalks were wooden. After the water system was installed, it was well received, but by 1926 the population of the town had increased so much that improvements needed to be made. In 1916, the Clark Power and Light Company established the first electric light system in Stuart. Each customer was charged a flat rate of $1.25 per month, and if 300 citizens bought into the system, Clark would allow the lights to burn all night. The Stuart Power and Light Company bought them out, and they were then sold to the Virginia East Coast Utilities Company, and in 1938, the Appalachian Electric Power Company bought them out. Joseph H. Vipperman, a Stuart native, was the president of this company when its name was changed to American Electric Power. The first telegraph came to Stuart with the railroad in 1884, and reportedly the first telephone was operated at the Hotel Perkins. By 1923, ten lines served the county, each with a central; the Stuart central was located in the home of Walter S. Gilbert. In 1937, the Lee Telephone Company acquired all the private lines. In 1974, the Central Telephone Company of Virginia bought out the Lee Company where years after, Sprint/Centel bought them out and now Centurylink serves Patrick County.

Travel to Stuart was difficult until the first hard-paved road reached Stuart from Martinsville in 1925. In 1929, a nine-mile stretch from Stuart to the North Carolina state line south was covered. In 1930, the three miles to Cruzes (Cruises) Store was paved, and in 1932, the road was extended to Hillsville, Virginia. Today, State Routes 8 and U.S. Route 58 serve the town and the county and other counties along its east-to-west stretch. Today, Route 58 is a four-lane divided highway, crossing the entire Commonwealth, as well as Patrick County. 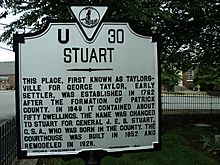 By 1940, the population of Stuart had increased to 600 and the majority of the buildings standing today were already constructed. The Patrick County Bank (established in 1890 and later merged with the Bank of Stuart in 1926) constructed its large Classical building directly across from the courthouse in 1911. The two uptown churches, Stuart United Methodist Church and the Stuart Baptist Church, constructed their present-day structures in the early twentieth-century. 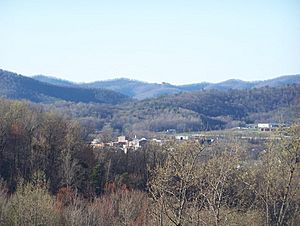 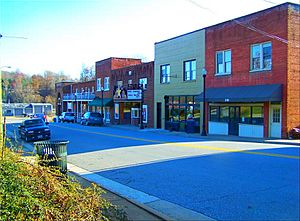 Today, Stuart experiences a dynamic setting for all age groups. With a burgeoning downtown and recent retail developments along the Highway 58 corridor, the town has forged a path success for many years to come. The new additions of the downtown rail trail along the Mayo River, a new Farmer's Market located within the heart of town, and new sidewalk and infrastructural improvements along Main Street have all provided to the enhancement of the town of Stuart.

The Stuart Uptown Historic District, Goblintown Mill, and Patrick County Courthouse are listed on the National Register of Historic Places.

According to the United States Census Bureau, the town has a total area of 0.7 square miles (1.9 km²), all of it land.

The town of Stuart is a hilly community within a small valley surrounded by the Blue Ridge Mountains. The Mayo River runs through the heart of town, down through Patrick County.

There were 449 households out of which 25.8% had children under the age of 18 living with them, 35.9% were married couples living together, 14.7% had a female householder with no husband present, and 45.0% were non-families. 42.1% of all households were made up of individuals and 19.8% had someone living alone who was 65 years of age or older. The average household size was 2.09 and the average family size was 2.85.

Stuart has an annual festival, the Easter Brothers' Homecoming Gospel Sing, held every July in Dominion Valley Park. The celebration honors a local group that gained national fame, the Easter Brothers. Stuart also hosts the oldest continuous beach music festival on the East Coast, "Hot Fun in the Summertime" presented by the Virginia Jaycees. Other major attractions include the Virginia Peach Festival, The Stuart Apple Dumpling and Strawberry Festivals, The Stuart Food and Wine Festival, The 4th of July Celebration, The Patrick County Fair, and the annual musical events featured on the Crooked Road Music Trail.

All content from Kiddle encyclopedia articles (including the article images and facts) can be freely used under Attribution-ShareAlike license, unless stated otherwise. Cite this article:
Stuart, Virginia Facts for Kids. Kiddle Encyclopedia.