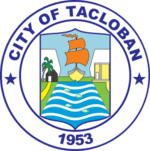 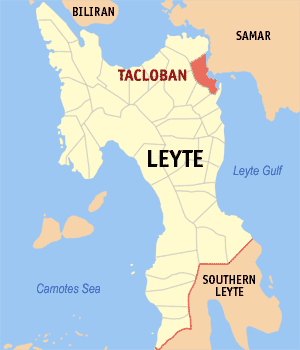 Tacloban or simply referred to as Tacloban City, is a 1st class highly urbanized city in the Philippines. It serves as the regional center of the region of Eastern Visayas. The city is autonomous from the province of Leyte, although it serves as its provincial capital. According to the 2015 census, Tacloban has a population of 242,089, making it the most populous city in the Eastern Visayas.The city is located 360 miles (580 km) southeast from Manila.

Tacloban was briefly the capital of the Philippines under the Commonwealth Government, from 20 October 1944 to 27 February 1945. In an extensive survey conducted by the Asian Institute of Management Policy Center and released in July 2010, Tacloban ranks as the fifth most competitive city in the Philippines, and second in the emerging cities category. On 8 November 2013, the city was largely destroyed by Typhoon Haiyan, having previously suffered similar destruction and loss of life in 1897 and 1912. On 17 January 2015, Pope Francis visited Tacloban during his Papal Visit to the Philippines and held a mass at Barangay San Jose, and later he led mass of 30,000 people in front of the airport.

All content from Kiddle encyclopedia articles (including the article images and facts) can be freely used under Attribution-ShareAlike license, unless stated otherwise. Cite this article:
Tacloban Facts for Kids. Kiddle Encyclopedia.