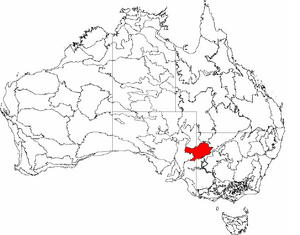 The IBRA regions, with the Broken Hill Complex in red 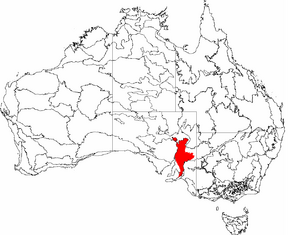 The IBRA regions, with the Flinders Lofty Block in red 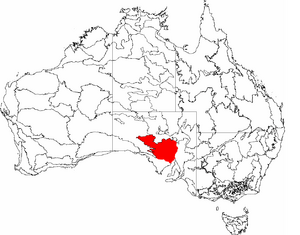 The IBRA regions, with Gawler in red 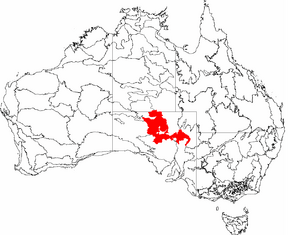 The IBRA regions, with the Stony Plains in red

The Tirari–Sturt stony desert is a deserts and xeric shrublands ecoregion in central Australia.

The Tirari–Sturt stony desert ecoregion contains the gibber plains (desert pavement) and red sands of the large Sturt Stony Desert, the Tirari Desert to its southwest and the Flinders and Gawler Ranges to the south. The Tirari has more sand dunes than the Sturt Stony Desert and has also been the site of some important fossil findings. Towns of the ecoregion include the opal mining centre of Coober Pedy, famous for its underground dwellings. the climate is very hot with summer temperatures reaching 50 °C.

The region consists of the Stony Plains, Gawler, Flinders Lofty Block and the Broken Hill Complex bioregions of the Interim Biogeographic Regionalisation for Australia (IBRA).

As well as stony plain and sands there are areas of chenopod, mallee and mulga wooded scrubland. The region is home to a variety of wildlife that has adapted to the hot dry conditions including the wedge-tailed eagles, yellow-footed rock wallaby and western grey kangaroos of the Flinders Ranges.

The desert proper is uninhabitable and the environment there remains undamaged, while the greener fringe are used for sheep grazing.

All content from Kiddle encyclopedia articles (including the article images and facts) can be freely used under Attribution-ShareAlike license, unless stated otherwise. Cite this article:
Tirari–Sturt stony desert Facts for Kids. Kiddle Encyclopedia.