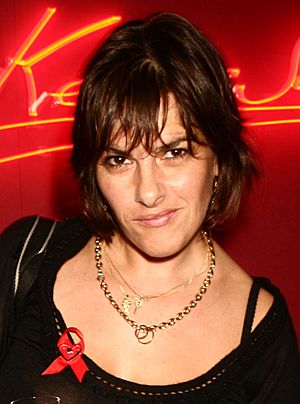 Tracey Emin (born 3 July 1963) is a British artist. She was born in Croydon, London, to a Romanichal mother and Turkish Cypriot father. She was raised in Margate, Kent.

She is part of the group known as Britartists or YBAs (Young British Artists).

All content from Kiddle encyclopedia articles (including the article images and facts) can be freely used under Attribution-ShareAlike license, unless stated otherwise. Cite this article:
Tracey Emin Facts for Kids. Kiddle Encyclopedia.