Kids Encyclopedia Facts
This article is about the 2008 tropical storm. There is an article about Tropical Storm Fay in 2002. 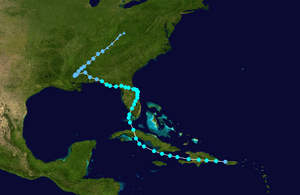 Even though Fay caused a lot of damage it was not retired, Fay is on the list of names in 2014.

All content from Kiddle encyclopedia articles (including the article images and facts) can be freely used under Attribution-ShareAlike license, unless stated otherwise. Cite this article:
Tropical Storm Fay (2008) Facts for Kids. Kiddle Encyclopedia.