The Tupí people were an important ethnic group of indigenous peoples in Brazil. Scholars believe they first settled in the Amazon rainforest. Later, they started to move to the south and settled on the Atlantic coast.

The Tupí people were living in almost all of the Brazilian coast when the Portuguese first arrived there. In 1500, their population was estimated to be 1 million people. They were divided into tribes, each tribe numbering from 300 to 2,000 people. Some of these tribes are: Tupiniquim, Tupinambá, Potiguara, Tabajara, Caetés, Temiminó, Tamoios.

The Tupí had agriculture. They grew cassava, corn, sweet potatoes, beans, peanuts, tobacco, squash, cotton and many other crops.

After the 16th century, the Tupí were assimilated, made to work as slaves, or killed by diseases such as smallpox or by Portuguese settlers and Bandeirantes (colonial Brazilian scouts). Except for a few communities, nearly all the Tupí were killed. Today, the descendants of the survivors live on Indian reservations or are part of the dominant Brazilian society.

The Tupí were divided into several tribes which would constantly engage in war with each other. In these wars, the Tupí would try to capture their enemies to later kill and eat them. They believed that they would gain the strength of the warriors they eat. The Tupí also ate the remains of dead relatives.

Cannibalism by the Tupí decreased after European contact and religious intervention. When Cabeza de Vaca, a Spanish conquistador, arrived in Santa Catarina in 1541, for instance, he attempted to ban cannibalism.

Some scholars question whether the Tupí actually engaged in cannibalism. They do not think the sources that talk about cannibalism, mostly written by Europeans, are reliable. 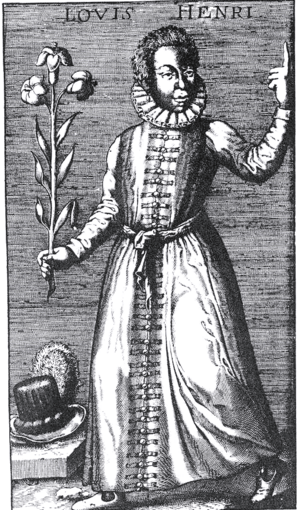 In the 16th century, the Tupi were the first group to have contact with the Portuguese. The Portuguese colonists did not bring many women, so miscegenation between Portuguese settlers and indigenous women started. The Tupi had a tradition, called Cunhadismo, of incorporating strangers to their community. The Indians offered the Portuguese an Indian girl as wife. Once he agreed, he formed a bond of kinship with all the Indians of the tribe. The settlers also adopted the Indian practice of polygyny. 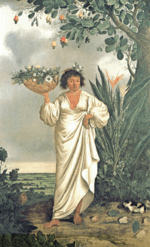 Although most of the Tupí population died, a large population with Tupí-Portuguese ancestry occupied much of Brazilian territory. They continued the ancient Tupí traditions in several points of the country. Darcy Ribeiro wrote that the first Brazilians looked more like the Tupí than the Portuguese. The language that they spoke, called Nheengatu or Língua Geral, was based on Tupí.

Eventually, Brazilian society started to lose its Tupi characteristics. Língua Geral was replaced by the Portuguese language. Indian ways of making things were replaced by European ones. Brazilian Portuguese absorbed many words from Tupi.

All content from Kiddle encyclopedia articles (including the article images and facts) can be freely used under Attribution-ShareAlike license, unless stated otherwise. Cite this article:
Tupí people Facts for Kids. Kiddle Encyclopedia.