Turner County is a county in the U.S. state of South Dakota. As of the 2020 census, the population was 8,673. Its county seat is Parker. The county was established in 1871, and was named for Dakota Territory official John W. Turner.

Turner County is a part of the Sioux Falls, SD Metropolitan Statistical Area. 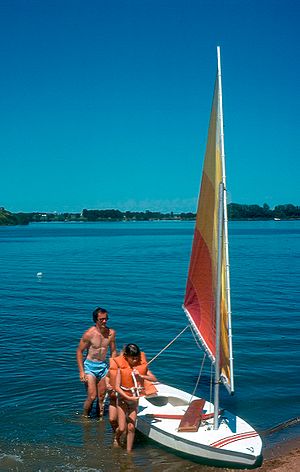 Turner County held the first county fair in South Dakota October 13–16, 1880. There are few records from that first fair but The New Era records show that the Turner County Agriculture Society was organized in March, 1880. The society was formed with the express purpose of showing the success and agricultural achievements of the newly settled country. The first fair was held on the Devereaux property which north on the corner north of the road which leads to Rosehill Cemetery at Parker There a race track and ball diamond were constructed as well as a bridge which connected the end of Second Street across the river to the fair grounds.

The county is divided into eighteen townships:

All content from Kiddle encyclopedia articles (including the article images and facts) can be freely used under Attribution-ShareAlike license, unless stated otherwise. Cite this article:
Turner County, South Dakota Facts for Kids. Kiddle Encyclopedia.