Ōkuma Shigenobu started this school in 1882. It started with departments of political science and economics, law, and physical science. There was also an English language course where all students could learn English. 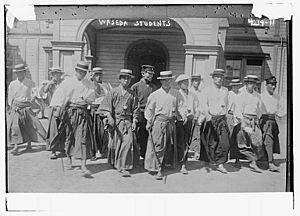 Much of the campus was destroyed in the fire bombings of Tokyo during World War II, but the university was rebuilt and reopened by 1949. 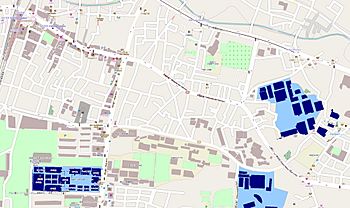 Waseda University's main campus is in Nishi-Waseda, Shinjuku. The nearest station is Waseda Station, but nearby Takadanobaba Station on the Yamanote Line is the main access to the university.

Waseda also has other campuses around the country:

Waseda is a member of:

Many famous and influential people have graduated from Waseda including:

All content from Kiddle encyclopedia articles (including the article images and facts) can be freely used under Attribution-ShareAlike license, unless stated otherwise. Cite this article:
Waseda University Facts for Kids. Kiddle Encyclopedia.