The town of Washington, Virginia, is a historic village located in the eastern foothills of the Blue Ridge Mountains near Shenandoah National Park.  The entire town is listed on the National Register of Historic Places as a historic district, Washington Historic District. It is the county seat of Rappahannock County, Virginia.

The town was established by an act of the Virginia General Assembly in 1796 and as the county seat of Rappahannock County, Virginia, in 1833. The town was incorporated in 1894 and was rechartered by the Virginia General Assembly in 1985. A large portion of the town was designated as the Washington Historic District on the Virginia Landmarks Register and the National Register of Historic Places in 1975 and is considered to be the best preserved of county-seat communities in the Piedmont. The town is led by a 7-member elected Town Council composed of a mayor, a treasurer, and five other members, all of whom serve 4-year terms. The internationally recognized Inn at Little Washington is located in the town. The town combines a mixture of open spaces, residences, village commerce, tourism facilities, historic buildings, cultural offerings, and local government activities. Its population was 135 people in the 2010 census and was estimated to be 127 people in 2019. The area of the town is 182 acres (74 ha). 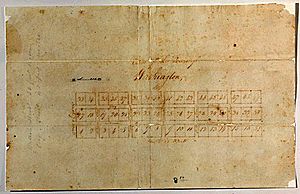 Original Plan of the Town of Washington

The Town of Washington was formerly the location of a trading post utilized by frontier families and members of the resident Manahoac tribe. All of the territory in and around the current town was under the ownership of Thomas Fairfax, 6th Lord Fairfax of Cameron. In 1748, Lord Fairfax met a 16-year-old George Washington, a distant relative of his. Being impressed by his character, Fairfax employed Washington to survey his lands west of the Blue Ridge Mountains. On July 24, 1749, the town layout as it appears today was surveyed and platted by Washington with the assistance of his chainmen John Lonem and Edward Corder as part of his service to Fairfax. The village was officially established as a Town by the Virginia General Assembly on December 14, 1795 when it gained the requisite population of 200. Records from an 1835 gazetteer state that the town contained one academy, fifty-five dwellings, four mercantile stores, two taverns, one house of worship, twenty-seven trade shops, and two large flour mills.

During the Civil War, a home on the town's Main Street served as a Confederate Hospital. In the late 19th century when rail became the main method of trade, the main east-west railway route of the time was constructed north of town through the accessible Thoroughfare Gap. Washington was relatively unaffected by the Industrial Age and thus the current town is quite similar to the one of 150 years ago. By the start of the 20th century the population reached three hundred, supporting businesses such as three garages and a barber shop. However, since then, the population had declined to less than 200.

Today, the town is probably most known for The Inn at Little Washington, a five-star restaurant, inn, and member of the Relais & Chateaux group. As such it attracts a discerning clientele from Washington, D.C. and its suburbs. Largely due to its influence, the town is also now home to several art galleries, unique shops, bed and breakfasts and restaurants. Dining aside, the town also attracts many art lovers, because of its numerous galleries, history buffs, and hikers that come into the county from the east en route for day hikes or weekend camping trips.

According to the United States Census Bureau, the town has a total area of 0.3 square miles (0.7 km²), all of it land.

The town is located at the foot of the Blue Ridge Mountains.

There were 88 households out of which 15.9% had children under the age of 18 living with them, 47.7% were married couples living together, 4.5% had a female householder with no husband present, and 44.3% were non-families. 36.4% of all households were made up of individuals and 8.0% had someone living alone who was 65 years of age or older. The average household size was 2.08 and the average family size was 2.69.

All content from Kiddle encyclopedia articles (including the article images and facts) can be freely used under Attribution-ShareAlike license, unless stated otherwise. Cite this article:
Washington, Virginia Facts for Kids. Kiddle Encyclopedia.