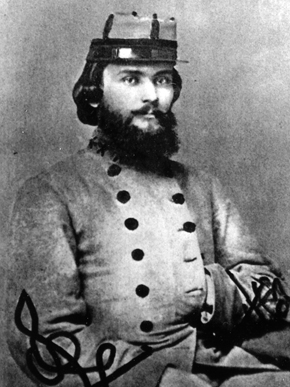 William Calvin Oates (either November 30 or December 1, 1833 – September 9, 1910) was a Confederate colonel during the American Civil War. He became a brigadier general in 1898, and also fought in the Spanish–American War.

William C. Oates was born in Pike County, Alabama. He studied law and passed the bar examination, opening a practice in Abbeville. Oates died in Montgomery, Alabama, and was buried there in Oakwood Cemetery.

All content from Kiddle encyclopedia articles (including the article images and facts) can be freely used under Attribution-ShareAlike license, unless stated otherwise. Cite this article:
William C. Oates Facts for Kids. Kiddle Encyclopedia.