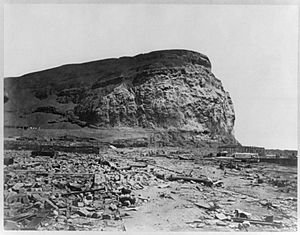 Arica after the earthquake and tsunami 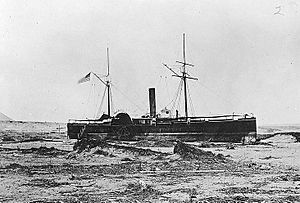 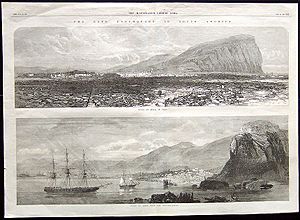 The 1868 Arica earthquake occurred on 13 August 1868, near Arica, then part of Peru, now part of Chile, at 21:30 UTC. It had an estimated magnitude between 8.5 and 9.0. A tsunami (or multiple tsunamis) in the Pacific Ocean was produced by the earthquake, which was recorded in Hawaii, Japan, Australia, and New Zealand.

The coasts of Peru and Chile have a history of great megathrust earthquakes originating from this plate boundary, such as the 1960 Valdivia earthquake and the 2010 Chile earthquake.

The earthquake caused almost complete destruction in the southern part of Peru, including Arica, Tacna, Moquegua, Mollendo, Ilo, Iquique, Torata and Arequipa, resulting in an estimated 25,000 casualties, and many shipwrecks.

The tsunami caused considerable damage in Hawaii, washing out a bridge along the Waiohi River. In New Zealand, it is the only fatal tsunami on record, causing substantial damage on the Chatham Islands and an estimated 20 people washed out to sea. On the mainland, Banks Peninsula was hardest hit with a Maori village and two houses washed away and boats damaged, and one death was recorded.

Two separate earthquakes have been described; they may both refer to the same event.

About 400 aftershocks were recorded by 25 August of that year.

Although this event generated a tsunami that was noted across the Pacific, most of the associated damage was localised along the coasts of southern Peru and what is now northernmost Chile. The first wave arrived at Arica 52 minutes after the earthquake, with a 12 m (39 ft) height, followed by the largest 16 m (52 ft) wave 73 minutes later.

In 2001 the Arica area was identified as forming part of a seismic gap between 15° and 24°S, with no major earthquake since 1877. In accordance with this theory a major earthquake was considered likely to happen in the near future. More specifically, in 2005 a magnitude 8.6 event was forecast for the northern Chile part of the gap, the location of the subsequent 2014 Iquique earthquake. An earthquake affecting the same sector of the plate boundary as the 1868 event with a magnitude of 8.8 was also forecast as likely to occur by 2126. A repeat of the 1868 event would probably cause more casualties, because of the increase of population in areas at risk.

All content from Kiddle encyclopedia articles (including the article images and facts) can be freely used under Attribution-ShareAlike license, unless stated otherwise. Cite this article:
1868 Arica earthquake Facts for Kids. Kiddle Encyclopedia.