Below is a table with the polling results in Maine. Maine as a whole has voted Democrat in the general election since 1992. 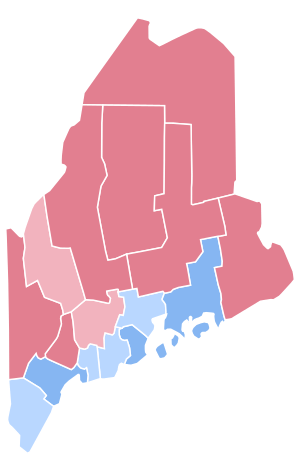 The Democratic caucus occurred on 6 March 2016.

The Republican caucus occurred on 5 March 2016.

All content from Kiddle encyclopedia articles (including the article images and facts) can be freely used under Attribution-ShareAlike license, unless stated otherwise. Cite this article:
2016 United States presidential election in Maine Facts for Kids. Kiddle Encyclopedia.